Anyone here know of a USBC to Ethernet adapter that supports WOL?
Apple store seems to be slowly stopping the manufacture of Apple branded accessories and is switching over to 3rd party adapters (Belkin in this case) and cannot verify if the device supports WOL.
The cheapy Tumao adapter I have does not seem to support WOL.

this one claims to have it. (I did not try it)

Thanks, @JeanYves . I’ve tried a couple (not those ones specifically, but similar ones) and they don’t support WOL, so I’m hoping if I can to find one that someone has tested…

It shows “Wake for WiFi network access”. If my adapter supports WOL, would that text change? 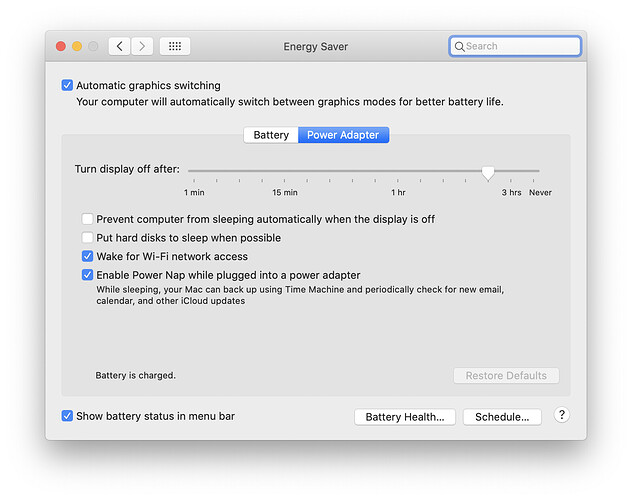 And it definitely does not work, I’ve been using WOL on Windows for decades.

let me see if I can find that link again

EDIT : There are a bunch of q’s about this on apples forums
https://discussions.apple.com/thread/8572426
Wake on LAN not working - Apple Community < discusses WOL as NOT routable
Wake On LAN on MacOS - Apple Community < WOL on Big Sur
Linksys Velop - Apple Community < third party router support for WOL
And a single support doc about how to configure things
Share your Mac resources when it’s in sleep - Apple Support

Does anyone here have a MBP with USBC and an Ethernet adapter that would like to test WOL functionality for me?
I can send instructions if need be.

Apparently there is no way to activate WOL on ethernet even when Wi-Fi is deactivated. 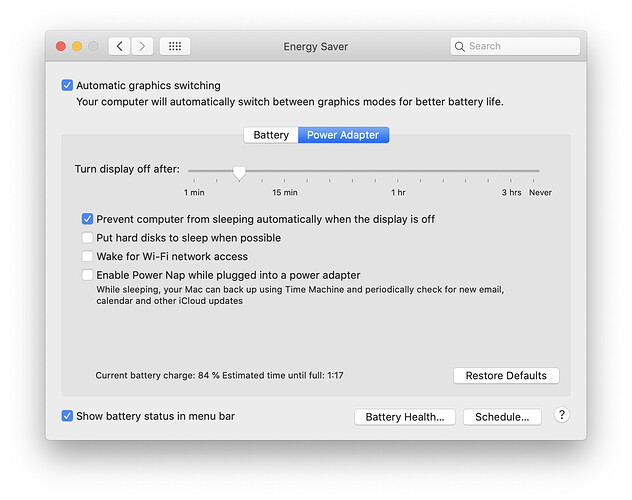 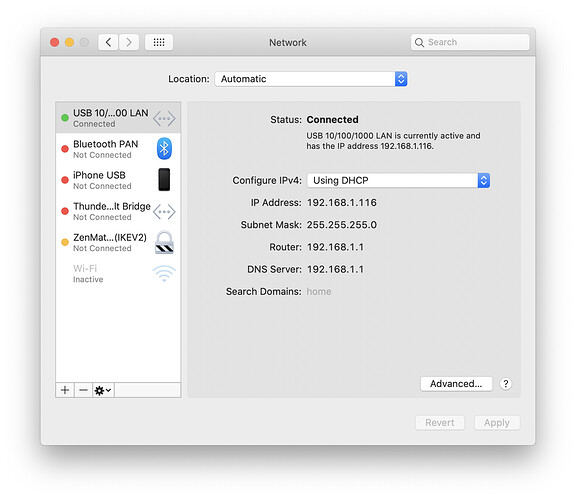 My guess would be that your adapter doesn’t support WOL. But until I find someone with an adapter that DOES, I won’t know what the network setup screens should look like…

Apple sez this text should change depending on what’s available. It’s wrong in my case, but that’s what they say…

From their online help…

is this what you are asking about?
bought an apple branded ethernet adapter at apple store when this computer was new 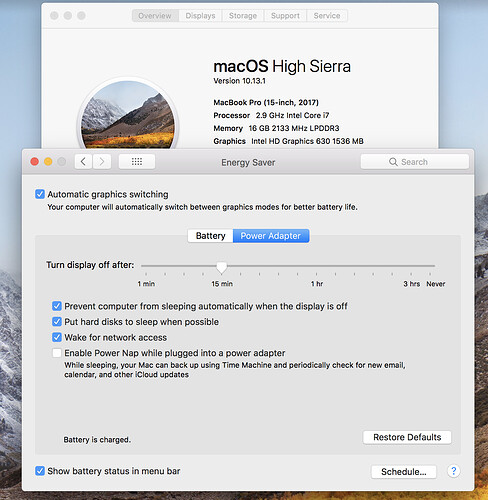 I believe now that if I actually find an adapter that supports WOL, I will see an additional line in the Energy Preferences that says Wake for Ethernet network access in addition to the current Wake for Wi-Fi network access.

Guess I’ll find out once I find a suitable adapter.

This is the one I use. WOL compatible. 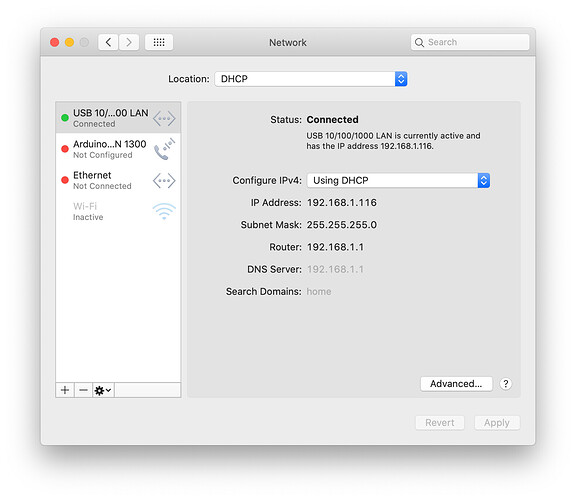 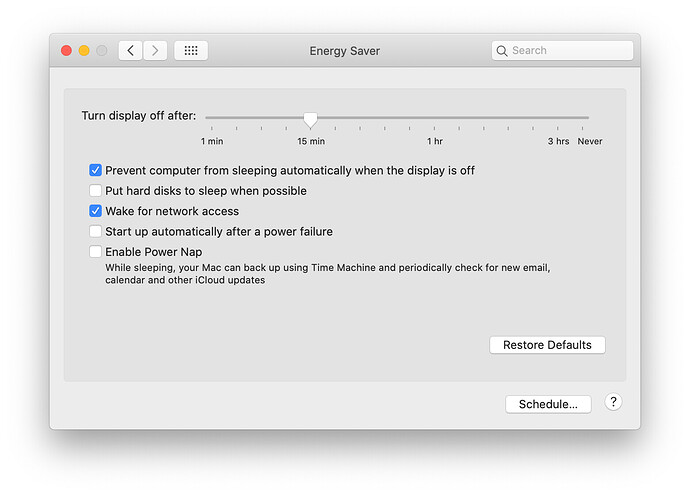 Thank you, @Ventus !
Interesting that the Energy Saver preferences screen does NOT show “Wake for Wi-Fi network access”
Does it happen to change it’s text when your Ethernet adapter is removed?

Not at all. See below. Feel free to ask me in case you want more testing 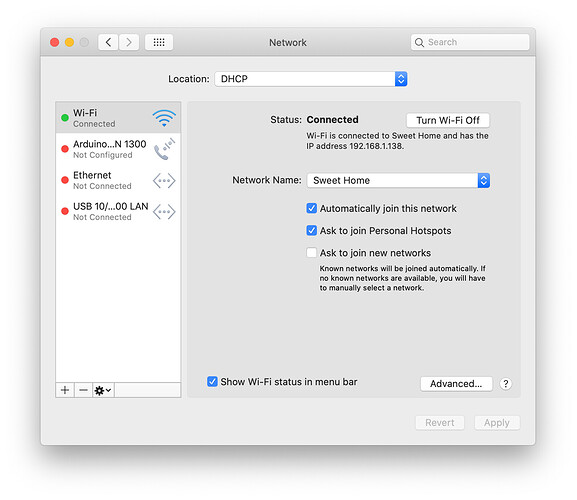 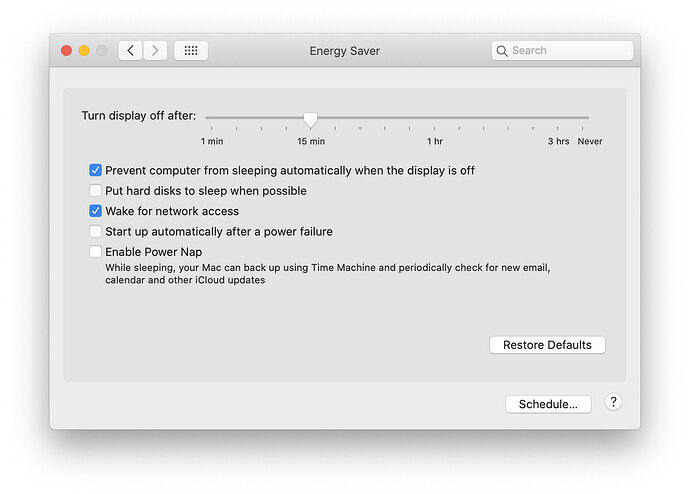 Very interesting.
So you NEVER see the text “Wake for Wi-Fi network access”, even when there’s no hardwire connection?

Trying to find a WOL ethernet adapter that perhaps has more than just the Ethernet jack on it. Need USB, Ethernet, HDMI if possible. And doesn’t cost a hundred bucks hopefully!