Nope never seen this text. I will give a new try tomorrow morning by rebooting the Mac. Maybe … Stay tuned.

A command line tool with extensive abilities. It is not actually that hard to use.

The same thing here on the iMac. Set to 1

This is the one I use. WOL compatible.

I wanted to just confirm that you HAVE actually been able to wake your Mac by sending it a “magic packet”?

So, I purchased yet another network adapter that I was told supports WOL.
No joy.
So either:
The adapter DOESN’T actually support WOL
The MBP 16" doesn’t support WOL or I have some settings wrong
The “Magic Packet” that that an OSX device wants to see is different than a Windows packet. (Unlikely)

I wish there was a way to figure this out!

No I didn’t try as I don’t need it. I can give a try but not before next week as I’m a bit busy. Interesting reading

just tried it out on my MBP, found and set the checkbox in my power settings but when sending WOL signal to the reference MAC Address from my router nothing happened.

I am afraid that this only works on Apple Remote Desktop ARD Managment Software, I’ve had it once, but kicked it couple of years ago when my last MacOS X Server customer switched to Linux.

So maybe it works only within ARD.

Update: Yes at least ARD Documentation says something about Turning on your Computers via WOL or LOM (Lights-Out-Managment) depending on your hardware. To check if your MBP hardware supports WOL you may use this in your Terminal:

Comes back with:
Wake On Wireless: Supported

This is turning into quite the mystery.
Apple support (and everyone I’ve asked) says that apple definitely supports WOL with compatible hardware. Unfortunately, there is no longer any “Apple Branded” Ethernet adapters (all Apple branded accessories seem to be disappearing), so I am relying on the word of manufacturers. Each of which have told me that definitely their hardware supports WOL for the MacBook Pro 16". I have yet to get it to work, however, or find anyone that has either.

Interesting reading. Thanks for that link!

Well, the Mac still has the womp parameter in pmset and it’s enabled, so WOL MUST be possible.

Wish there was a way to know what the issue is!

I did some tests. I was not able to wake up the Mac through the USB-C adapter nor the built in ethernet interface.

Thank you for doing those tests.
Just to confirm, this was on the Mac that shows “Wake for network access” in Energy preferences and is checked, correct?

What program did you use for Waking? I use this little one. Works fine to wake up all the Windows machines in my house. 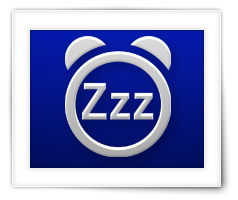 miniWOL, a free and easy application (Windows, Linux and MacOS) to send a Wake On LAN to your network device(s), so you can wake them up from your computer.

Yes indeed. This was on the iMac. I tried to send WOL packet from two different computers. The first one is a NUC running Ubuntu. I used etherwake. The second one is the Pwk with WakeOnCommand available on the App Store. Both system have been able to wake up my Synology 1515+

Ok, thank you for that info.

The real issue is that there’s some missing piece, but almost nobody uses WOL, so there’s very little info on the net other than the “basics”, which we’re both well past.

Interestingly, it didn’t come up on a search, but there’s some info from someone having the same issue, right on that site where I got the miniWOL app.

Waking up a Mac with Wake On LAN

So this topic is a continued conversation on how to use miniWOL to wake up a Mac from sleep started by Ryan.Since the infor is getting a little out of...