Replacement for Xojo as it relates to windows development

Yeah MS version of multi-platform has often been it Runs on Windows 7, Windows 8, Windows 10, and Windows Phone

Hey, @Garry, can we have a reaction plugin installed? 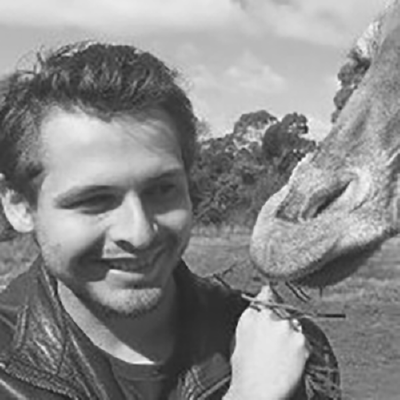 A reactions plugin for Discourse. Contribute to gdpelican/retort development by creating an account on GitHub.

wow… lots of GREAT replies and thank you for the suggestions. Before I started the thread, I was looking at C#, but after reading the responses, I am going to do a bit of research on Dephi.

Also, not that I am leaving Xojo anytime soon, I think this would be a good exercise to get out of the bubble for a bit

it would have been nuked probably from the outset

Xojo should annually do a survey of other tools
See what they do well and what Xojo could steal as great ideas
And also to get a good feel for what exists, whats coming along, etc

If they arent doing this they will be surprised/sideswiped when something DOES come along that people feel does at least as good a job as Xojo, and even more surprised of something comes along people thing does a better job

I have no idea if anyone there does this

I will add that I’m currently trying to learn Dart and Flutter. I’ve done a shit tonne of research on it for the last 3 months and whilst Google have a habit of nuking things (Google+ anyone?!) this is likely to stick around a long time, they use it themselves extensively - even Google Ads is now solely written in Dart.

One argument is that it’s still in beta. Google have a long history of leaving things in beta for years (gmail springs to mind) but I think they do that just to protect their ass. I would suggest that Flutter in beta is probably bug fixed quicker that Xojo in full release so I’m not too worried about that.

The product is maturing really fast and some great apps being written with it by some big names. (see https://flutter.dev/showcase)

It’s a steep learning curve for me as I’ve not used any other language than Xojo/RB for donkeys years but I’m enjoying it loads and there is sooo much help and support out there for it. Look at some of the Flutter videos on YouTube for example.

It’s free, updated quickly, massively supported and the IDE I use (Visual Studio Code) is a brilliant environment to spend your day in.

It’s worth at least taking a peek at Rich.

Would be good to get his comments in here

I will add that I’m currently trying to learn Dart and Flutter.

One argument is that it’s still in beta.

That’s an incorrect statement. Dart is stable, for years now. Flutter is modular, and the statuses of the modules are… Mobille> iOS and Android: Released and Stable. Web> Beta. Desktop> Mac: Alpha. Linux and Windows: Pre-Alpha. Google will release Web in 2020, and intends to release Mac, Windows and Linux for Desktop until December but… I’m not sure. There are more than 100 engineers working on all the tooling. 2021 all the platforms will be released and partners will be releasing their tools too like Adobe improved tools for visual development and others.

Back in the early 2000s I developed in Delphi for a few years but as much as I love PASCAL (yes I’m weird like that) I couldn’t justify the licensing cost today.

Python is only for the insane. The whitespace alone makes developing more than 10 lines of code a miserable experience. Python was not made to create apps.

The website for Flutter looks great. The first example of code shows … C-style brackets. Like the 90s.

That’s an incorrect statement. Dart is stable, for years now.

This post is titled “Replacement for Xojo as it relates to WINDOWS DEVELOPMENT” emphasis mine.

I said it was in beta and you then say I’m wrong, it’s stable and…Windows is in pre-alpha. Ok then.

And yes, I specifically said Flutter was in beta, not Dart.

Python was not made to create apps.

Er what? It’s the third most popular language in the world and used by many big corporations worldwide. Not sure what you mean by that statement?

Back in the early 2000s I developed in Delphi for a few years but as much as I love PASCAL (yes I’m weird like that) I couldn’t justify the licensing cost today.

I just looked at the costs as Norman mentioned how much they were and it’s eye watering isn’t it?

Not sure how they enforce the community edition rules on $5000 income either.

Er what? It’s the third most popular language in the world and used by many big corporations worldwide. Not sure what you mean by that statement?

My experience with Python was a couple of years ago. Have you ever tried to compile an app with Python?

You need an extra package just for building apps. Which I had to switch because of lack of 64bit. I had to fight with paths (well, that is all over the place in Python). The source code is in the app. And that was just a tiny little helper without any interface.

Perhaps if you do Python the whole day the things become easier. But as a beginner I found the experience horrible.

To switch from say Xojo to something else ? There is two different conditions as it was (more or less) said above:

a. The Development environment and how easy (or not) it is to use (understand),

b. The Language. For this one, if you do not tried API2, you can forget as the learning curve will probably be the same.

c. The intrinsec differences between the two development environments. This will ends as a personal feeling (IMHO).

At last, the choice will be done on dots a and c. The harder (or easier) will be determinent.

Swift: Apple ANN it will provide the Windows environment (conditions have to be disclosed).

Swift on macOS: you have to run the last OS to use it (it is not easy to download an old XCode version / old version holds old and squashed bugs…)

Conclusion: life is not easy

I specifically said Flutter was in beta

Still incorrect. Flutter is stable. But as I already said, just for iOS and Android.

You’re still not listening. I (and this post) am talking about WINDOWS, not iOS, Android, Web or anything else. Windows. The OP wants to produce Windows apps only. You yourself said I was incorrect calling it a beta and then on the same post said Windows was pre-alpha. Not sure how many more ways I can explain the same thing. I said Flutter for Windows was still pre release. You said I was wrong and then said it was pre release yourself.

Rick, this whole thread is about Windows development. I didn’t need to explain that other parts that are not relevant ARE stable because we weren’t discussing them. I wasn’t making a generalised statement about the tool, I was on topic and discussing Windows.

What was important to say in order to convey the correct information, and free of doubt to later readers, I already said, so ok.