Account suspended: No constructive purpose to their actions other than creating dissent within the community 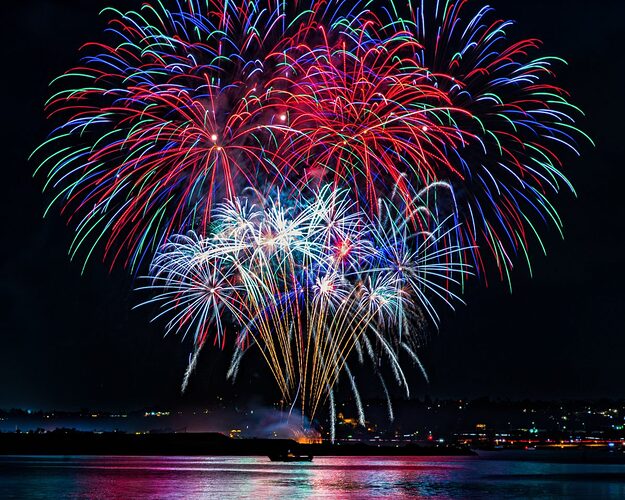 You helped but couldn’t manage to leave the thread with good karma. I wouldn’t suspend you, but geez dude dial down a little.

You helped but couldn’t manage to leave the thread with good karma. I wouldn’t suspend you, but geez dude dial down a little.

Bollocks. I gave the guy the solution (a single mouse click in the IDE), rather than try it he wrote a whole paragraph, somebody else posted the same solution, and I pointed out that it would have been faster to simply try the offered solution. If that is “bad karma” then you are beyond woke …

Not surprised by Xojo, they have been waiting for any excuse anyway, so it was just a matter of time.

Not really. There was nothing to see …

The Movie class has Height and Width as Read-Only Integer. What if I wanted to put a very big Video into a small window? How could I scale the Movie in the small window. Until now I only can see a small portion of the image. I’m trying to solve the...

I think it was more about your response to Geoff with respect to XDev. I know how you feel about having been accused of fabricating data… but it also indicated that you were not going to be helpful to THEM (vs users) by being on the forum.

I know, as I said, they were just waiting for an excuse. If they thought the threat of permanent suspension impressed me then I guess they have their answer - it did not.

I might be mad (in the sense of very angry), but I’m not insane - and I would have to be insane to trust and engage with someone as insincere and duplicitous as Geoff.

As I said: Putinesque.

The suspended you for the responses that thread ?
Whoa !
Or did they nuke some ?

That thread was just the last straw to break the camel’s back as the English say.

That thread was just the last straw to break the camel’s back as the English say.

Bollocks. Christian, did you notice that since becoming an MVP you increasingly keep saying strange things …?

Well, you have a tendency to “be harsh” to participants in the threads you participate in, IF they say something that does not fit in with your view of the world. I get that you are frustrated with Xojo and the company, but the users of the forum is not who you should went on.

Somethimes we all should think a litle about what we say in an open forum, and what consequences it might have on other people.

You can always hang around here :), we can take almost everything here

Clearly Xojo is sensitive about their public perception and are regulating it. Certain people have been on their shit list for a while and they can and will suspend their accounts as they deem necessary.

I very publicly separated myself from the community but also tried to do it as safely as possible. My general rule of thumb is to not say things online that wouldn’t say to a persons face in public. I’m ‘midwest nice’ but some cultures are more direct than others so everyone has their own way of dealing with conflict. Don’t get me in a room with other Xojo developers because I can spend hours bashing Xojo (I have quite the list).

With that said, it does seem overly heavy-handed to suspect an account. Their sandbox and their rules but it leaves a bad taste in my mouth. One of the things that I liked about Xojo was the community and it sure seems like they’re sabotaging it. I think some opposition is good for the product as it means people are passionate enough about the product to want change.

They got rid of the old phpBB or vBulletin board or whatever it was and the mailing list precisely in order to control the message.
For long threads those old software work much better than these infinitely scrollable ones.
They enforce a horrible niceness like in one flew over the cuckoos nest and we all know who Nurse Ratchett is.

Instead, Pros are pushed away.
Instead, folks that speak up get treated like Markus.
Instead, posts are deleted.
Instead, threads are locked.
Instead, users are banned.

And it’s being done in the name of the “community” but under Geoff’s hand.

All as they hide with minimal forum support as if in hiding.

The question is: how long are you suspended Markus. You will get back there I think. There are people which where banned for less for 1k years. Whatever: living without a community which is not a community but in fact a vendor driven Support Forum for getting Customer Support for free with NO rights for the people which called community. And you can see and feel it: nobody says anything what could be too negative for X inc. Nonononooo while everybody knows: you may get banned and it is the only chance for getting technical Support while Xojo is not doing a support service at all.

At this point the reader may get: that is a different thing. A community is formed from the community and together while they like to be together. Like here on INN. But.

I also don’t always understand why some “stupid” questions can’t be answered in a slightly harsher tone. On the other hand, this constant ranting at Xojo annoys me.
You have provoked it long enough, so

I do think there’s a frustration with Xojo
And that comes out invidious ways, here, on their forum, and elsewhere

Filing bug reports overwhelms them and so they just don’t get to them all - and many get “archived” - not fixed. Some not even looked at. Just “archived” as being old

Posts from all sorts o f users asking questions don’t get replies n the forums. Often its “Email us at hello@xojo … and we’ll talk”. Why not answer on the forums and help everyone with that same question ?

HOW does one get Xojo to listen ?
There just doesnt seem to be any way and they’re getting more insular & withdrawn not less.

Attempting to control public perception means they know there is a problem, but also means they will put effort into these bans and deletions rather than the fixing actual issues.

People who have been banned are usually people who use Xojo professionally, want to use it, feel very passionately about getting issues fixed and could be Xojo champions very easily if only Xojo Inc listened.

I’ve given up wishing them to listen now and use other tools. I like the community and learning from it, most solutions and discussions can be transferred to any language.

This post was flagged by the community and is temporarily hidden.

Was that “how stupid” aimed at Markcus? Becuase if it was I personally would 100% disagree with you

Especially since MBS success is tied to Xojo success…