What are some of the most important points you learned over the years as a programmer?

I lean more toward a general purpose language / framework than you for this reason.

In that case why not give WinDev a good look. It is pricey but it is an odd combination of low-code and full code features. And it can target Windows, Linux, Mac OS.

It has three versions.

What are some of the most important points you learned over the years as a programmer?
Emile 16 January 2023 13:12 #2

You already wrote nearly all, so I will say:

Do a nice, very nice, and simple User Interface. Don’t waste your time, but the eye too must have good feeling.

Some features can be created and tested in its own project, and once you’re really happy with it, incorporate it into the main project. [faster to run and debug]

A product whose web site is not even up? No thanks. 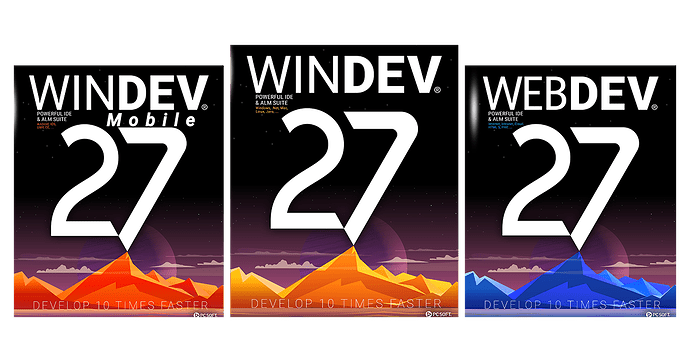 Composer detected issues in your platform: Your Composer dependencies require a PHP version “>= 8.1.0”.

I dont in Safari, Firefox or Edge on my Mac

no idea whats up

It does work in Safari for me, but not Chrome.

Not that the actual site inspires, leading as it does with all the stock photos of excessively joyful WinDev users (I want what they’re smoking).

Maybe that’s worth the $2K for the full suite right there!

We sell that stuff in corner stores more or less

For a LOT less thank 2K

@YogiYang, the WinDev / WebDev documentation/guides are next-level. For example the 256 page, WebDev Concepts pdf leaves no question unanswered. I haven’t used the environment but get where you are coming from.

There is also an alternate site in French. 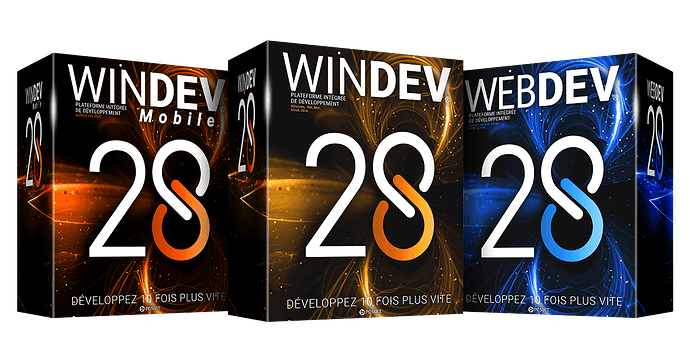 It is always a bit ahead of the English site.

The use guide is just to get you started with WinDev. It hardly took me 2 days to complete it from start to finish.

WinDev is probably the most complete development tool that I have seen.

It has everything that one will expect in a descent tool.

Your list suggest these are missing in Xojo who’s not the case… 11 for example works fine with Xojo.

It, and FreeBasic, are actually fairly impressive. I like that FreeBasic obeys C calling conventions so you can link a FreeBasic lib into a C program, for example.

I rather like VisualFBEEditor also (GitHub - XusinboyBekchanov/VisualFBEditor: IDE for FreeBasic) although it lacks MacOS support it looks fairly solid with Windows and Linux, and has a debugger, with new releases every few months. OTOH it appears to be a one man project. OTOH there’s a screen shot of an Android project being worked on, though it is not an actual advertised / supported project type I suppose that if you intimately know Android development you can tie into it, probably by linking FreeBasic object files.

Will this be something I investigate? Right now I’m learning C and building some proof of concepts out in that language, so eventually I might tie into something like FreeBasic and/or WinDev and/or VisualFBEEditor for parts of what I want to do. I particularly like that I could fork Visual FBEEditor and fix bugs myself, lol. It has in fact been forked quite a few times already.

The English version is coming up in Chrome today (more specifically, the Brave variant). They seem a little bit coy about MacOS support. In your message the tagline omits MacOS (“Develop once, recompile for the desired platform: Windows, Linux, Web, iOs, Android”. The home page says “Windows, Linux & .NET Development”. Following one of the links it now claims “creates applications for Windows, Linux & Mac”. This probably just reflects that they don’t have a competent copy writer / editor or a coherent branding strategy but also it makes you wonder if it’s a little like Xojo, where some platforms are, shall we say, aspirational / marketing claims more than reality.

I’d be interested in an impartial review from someone who has used it for serious work and isn’t a mindless fanboy. I’m open. But I have to be convinced.

In case of WinDev most of their documentation is in French and they are quite reluctant to release everything in English or any other language.

In face I have observed that most of the material released in English seems to be machine translated from French.

If you want to test check our their Express edition for Desktop and Mobile development. It is free but time limited.

I currently use WX20 and WX24 for development.

I have not upgraded to the latest version yet.

why not give WinDev a good look

Wow, that is really impressive. If I was just starting out without a 20-year investment in Xojo, I’d almost certainly go with this.

Wow, that is really impressive. If I was just starting out without a 20-year investment in Xojo, I’d almost certainly go with this.

Actually I would not suggest you to replace existing project in Xojo with WinDev rather I would suggest you to add one more tool to your arsenal and use it for creating new projects.

Except for the investment in Xojo support libraries and objects.

I’m in the position of having built just one Xojo app with no 3rd party libs and minimalist smattering of custom libs/classes that could easily be rewritten, so I will certainly consider WinDev, although my intuition is that it has as many problems and annoyances as Xojo for my purposes. Even assuming for the sake of argument that it doesn’t have Xojo’s weird little idiosyncrasies or something equivalent, and assuming its web and mobile deployments are far more mature, it’s a French company with mostly only machine-translated docs and support in English, and that right there is a significant annoyance. Also it appears to use some sort of proprietary language which, if it’s well designed and sufficiently performant, doesn’t bother me but will inhibit its acceptance in the corporate world, even if for arguably debatable reasons.

if it’s well designed and sufficiently performant, doesn’t bother me but will inhibit its acceptance in the corporate world, even if for arguably debatable reasons.

I used to be one of those “corporate world” gate keepers

And I can only think of one other time it was a package that source code was obtained - in escrow - so it could be examined to know how to create applications to interface with it.
That was a giant “enterprise” accounting application and the fee for the code was “significant”