Unbelievable but true - the US gone 🤦‍♂️ 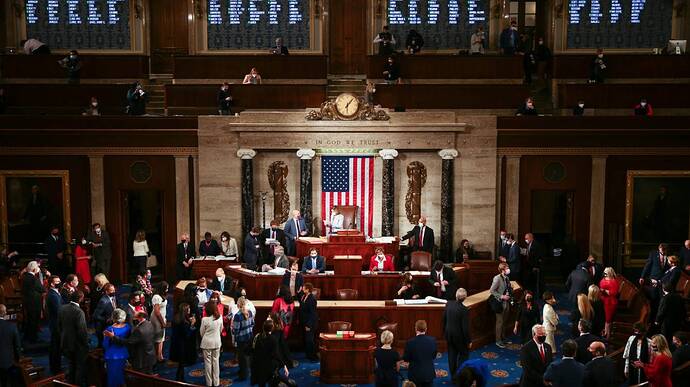 Donald Trump finally accepts "there will be an orderly transition" after American politicians shake off a riot at the Capitol to confirm Joe Biden's victory. 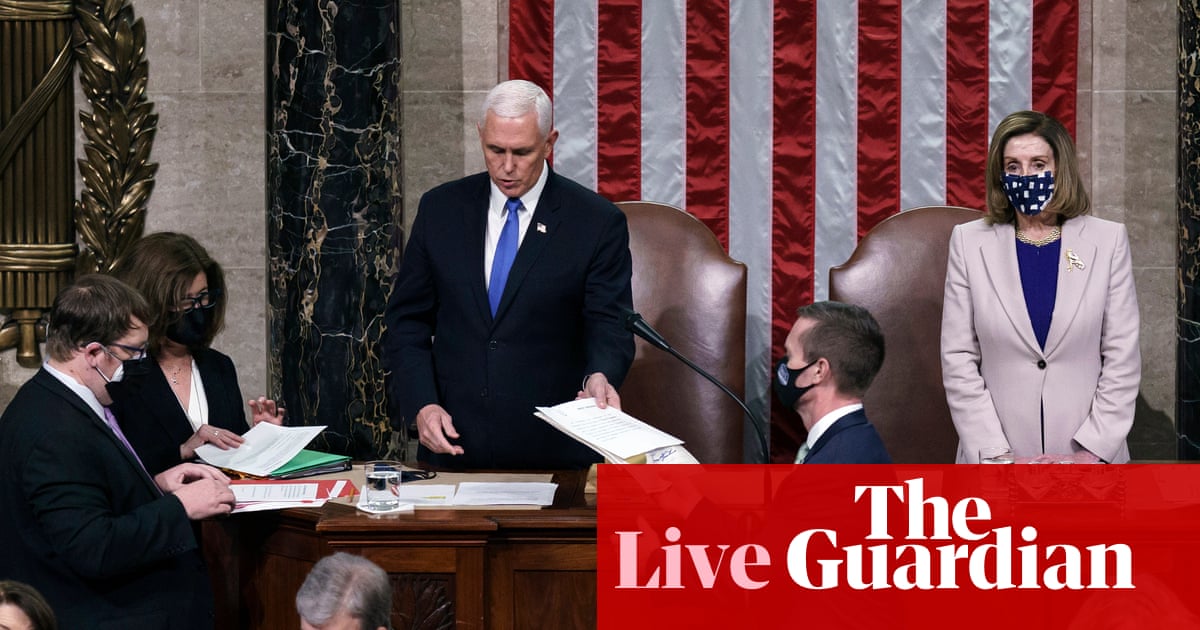 Congress certifies Biden as next US president – as it happened

Interesting question: will Trump pardon all these “peaceful protesters”?

NBC News: At least one improvised explosive device has been found on Capitol Hill grounds. @MSNBC

Trump should be charged with sedition!
-Karen

What gets me are all these Republicans enabling him …

It’s like with bullies: I hate bullies, but I absolutely despise those enabling them by not helping the ones being bullied.

It is a shocking behavior of a complete idiot as a president. There are no words. Normally they should impeach him immediately

What happened today is reprehensible and I’m ashamed to be a U.S. citizen right now. Our president needs to be removed immediately.

The Republican Florida Representative Matt Gaetz is on the House floor now blaming antifa for the riots on the Capitol, to applause. Just in case there was question about today fundamentally changing things for House Republicans.

Failing to respect the outcome of a democratic vote… Dreadful, isn’t it?

Where else in the Western World would politicians resort to lies and skulduggery in a blatantly dishonest and disreputable attempt to thwart a vote that hadn’t gone as they’d wanted?

Shameful doesnt go nearly far enough.
The states have certified their elections. Some have recounted multiple times based on these same objections being raised. Additional audits arent likely to turn up anything new.

Its a sham for the Republicans to try & literally steal the election to remain in power.
That so many believe trump is nuts.

This should have just been a ceremonial session. As a matter of law, Congress’ real power would only kick in when one or more states failed to certify their own results, leading to such things as sending competing slates of electors. This did not meet that test by a long shot. And putting aside the wing nuts, smart cynics like Cruz and Hawley (my state) knew that.

No one in Congress, with the exception of the Vice President, has any say in execution of the 25th Amendment to remove the President. Impeachment starts in the House of Representatives and ends up in the Senate, removing the President if convicted. Either way, he would be out.

One benefit of the Impeachment/Conviction route is that he would not be eligible to run again in the future.

Now we just have to wait and see if either option is taken.

One benefit of the Impeachment/Conviction route is that he would not be eligible to run again in the future. 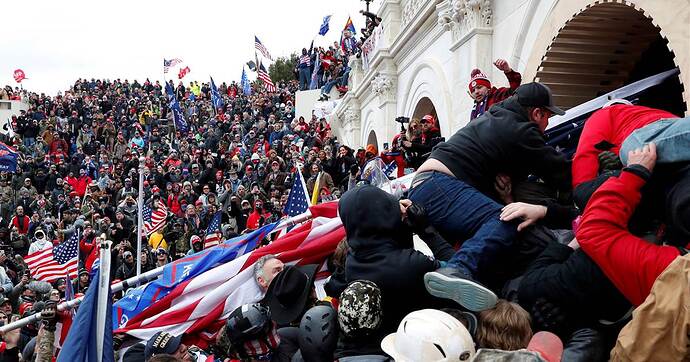 The cognitive dissonance is bewildering: The rioters are simultaneously patriots who did the right thing and "masquerading" leftists to be condemned?

Read this and weep: 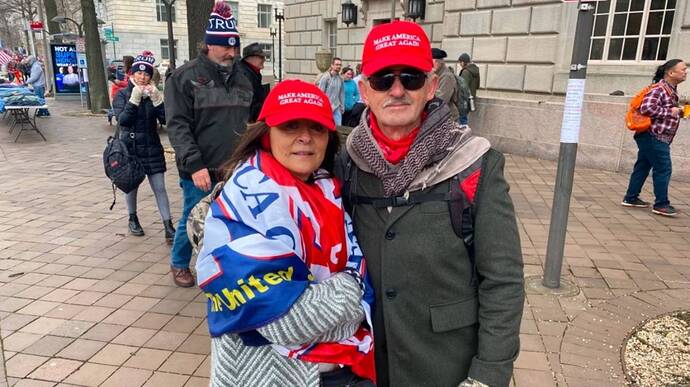 Meet the Americans who believe Trump's US election fraud lies

A significant portion of the Republican base is consumed by paranoid conspiracy theories and almost entirely cut off from the mainstream media.

It’s not an isolated lunatic fringe - that are 68% of the Republican Party according to a recent poll. 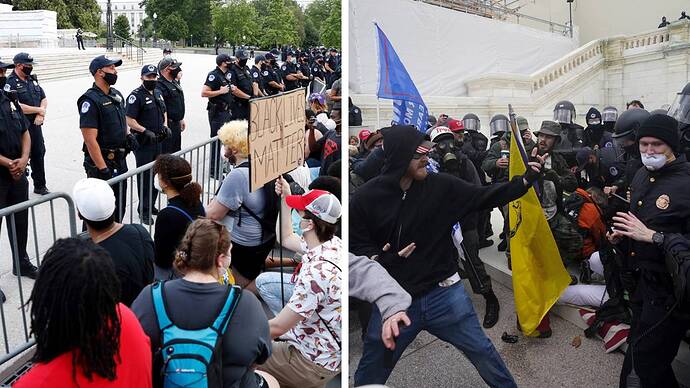 OPINION: Since the late 90s, Māori author Nathan Hoturoa Gray has spent a lot of time in America he now calls his second home. He wasn't surprised by the storming of the Capitol by Trump supporters but says it could have turned into a civil war.

Is it enough now? Don’t bet on it.

So what do you think the outcome will be? A secession of individual states? A new Confederacy? 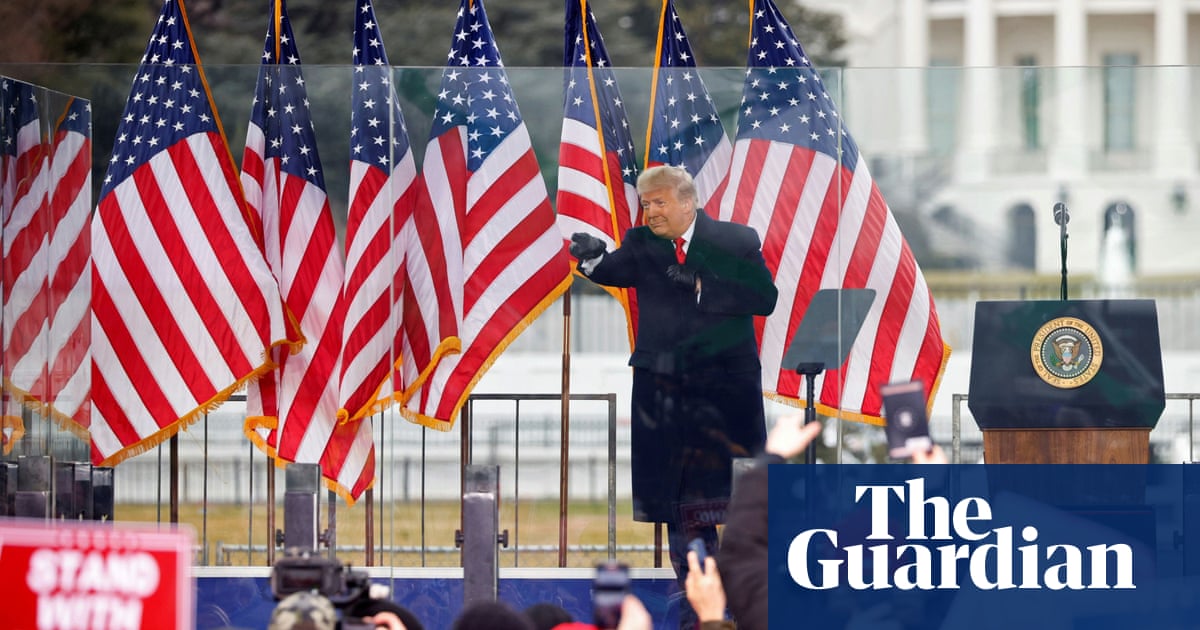 Others turned to conspiracy theories, not least in the dark corners of 4chan and Parler, where the cult of QAnon holds sway. Many here saw not a Trump concession but either a “deep fake” video concocted by Trump’s enemies, or secret messages that indicated Trump was still on track to deliver on QAnon’s deranged promises.

“FAK fake fake He’s been locked out of his Twitter he can’t get into it he couldn’t get into it he couldn’t get into today it’s been closed out for ever,” opined someone called Magafree. “He has a plan here President Trump would not back down that easily,” wrote Brenda. “We need to stand strong, keep watch and pray. Something big is coming and Gid [God] is going to see it through.”
[…]
The comments below were, however, rather less mannered and careful. “There will NEVER be ‘reconciliation’,” wrote Freedomring17. “We have irreconcilable differences, and the fight has just begun. We need to disown the RNC until they support the Patriot party.”

For “NMP” the consequence was obvious and Trump part of the problem. “He could have declared martial law, like [Michael] Flynn said, instead he got patroits [sic] to show their face and they did and now they know who they are looking for.”

For the bitter-enders, like TrumpSupporterLTD, the sentiments were of a piece with the QAnon crowd over on 4chan – an almost metaphysical belief that Trump, despite the wealth of evidence, continues to move in mysterious ways

“Trump did not concede. He used language to buy a little extra time because the senators and congressmen who support him are being threatened with dirty bombs and their families’ lives by the Deep State and/or communist Chinese … I have it on good grounds that Trump will be moving with the military And regarding the transition to a new administration, means Trump with a new VP Pence is obviously a traitor and is ‘fired’.”