I still visit Bob’s blog every day, so I wondered what was happening as he had noticeably reduced his participation on the forum. Was still a shock to read about him no longer being a Xojo consultant. I guess he saw the writing on the wall with the amount of work required to change all his projects to an unproven and buggy API2 by a company that seems to unravel and now has a history of poor decision making. Other leading members have done the same, and I can sympathize as I now face a similar decision. Continue my projects with Xojo or restart in another language?

But this brings me to who else has left recently?

Who else do you know of?

Losing people is not new

They focus on citizen developers and what they believe their needs are to the exclusion of just about everything else. And when they DO focus on any other group its “new users”. Rarely is anything done keeping in mind existing users and their code bases. API 2 is such an awesome example of that. It took a LOT of pressure to get them to revert the event changes which was the WORST issue.

I suspect Xojo don’t really care who leaves so long as more come in the front door. As far as I’m aware they don’t publish their active user base so we don’t really know if the user base is growing or not. I haven’t noticed the forums being particularly quieter so it may be the former users are being replaced by newer more active ones?

new members # on the forums have remained relatively static

what is hard to know it the turnover rate (how many people do not renew vs new users & renewals)
and what kind of turnover it is - if they’re substituting a single desktop license for a pro license it’s a losing proposition since there’s a huge revenue gap between those two kinds of licenses. They need 7 desktops for every single pro license that wasnt renewed (you get the idea)

and, if its long time experienced users leaving and being replaced by brand new users then the “brain drain” could in fact be real - I cannot think of how that can / could be assessed from our vantage point

They focus on citizen developers and what they believe their needs are to the exclusion of just about everything else.

I am a one such who says their beliefs about those needs are wrong!

So what are the viable alternatives to XOJO if you would like to develop cross-platform applications for both desktop and mobile? I continually get email adds from Livecode which seems to be expanding capability all the time, but I don’t know anyone who uses it.

And therein lies the rub

There arent any decent alternative IF you want to develop on macOS or Linux
And personally I have a hard time swallowing the “we can make x-platform apps but you MUST develop on Windows” line …
uh if you claim to build x-platform apps then why isnt YOUR app also on macOS and Linux ?
(see my posts about Delphi)

Now there are some alternatives depending on what it is you need / want to do
If like Tim Dietrich and Hal you mostly write web apps then there are piles of alternatives - but thats not “x-platform” in the sense of building a native app that runs on macOS, Window & Linux.

SO far I have FINALLY !!! managed to get lazarus to actually install and run and even turn out one sample Cocoa 64 bit app but it has several issues
Other than that I havent found anything that does come close

Norman, can lazarus for macosx generate windows app??
or do u need the lazarus on windows to generate the app for window??
can the same source code use for both mac and windows??

" … unproven and buggy API2 …" is just nonsense. I converted my app entirely to API2 and once that was once have experienced no issues that relate to it.

If you said that they should work on implementing for strings and memoryblocks all the remaining methods that only exist ATM for xojo.core.memoryblocks and Text, that woulds make a lot more sense and would be a justified criticism.

I still wonder whether there are enough people on this forum with the skillset to build a replacement tool for Xojo. I can’t do it on my own but there are plenty of talented people here. The IDE could be built with Xojo (that is not against their EULA) but we’d need to settle on a language and a UI framework to link against. I’ve considered using the open source C# and VB.NET compilers to take code written in a bespoke IDE that handles window layout and spit out executables but, like I say - this is a multi-man/woman project.

There are already some simple web based Flutter GUI generators and the day that someone launches a proper IDE then the migration from every other language to Flutter will cause a stampede that will be heard from Saturn.

Do you have much experience with Flutter? Never heard of it before but it looks nice…

It’s widely tipped to be THE most widely used language. Shooting up the Tiobe index and with an IDE like Xojo’s would take over the world.

It’s widely tipped to be THE most widely used language

Flutter is an open-source UI software development kit created by Google. It is used to develop applications for Android, iOS, Windows, Mac, Linux, Google Fuchsia and the web. The first version of Flutter was known as codename "Sky" and ran on the Android operating system. It was unveiled at the 2015 Dart developer summit, with the stated intent of being able to render consistently at 120 frames per second. During the keynote of Google Developer Days in Shanghai, Google announced Flutter Release ...

Ok, Dart then with the Flutter UI X platform toolkit

I mentioned Flutter specifically rather than Dart as the language because we were talking X platform.

You can’t use Flutter with anything other than Dart so it’s kinda hand in hand.

Flutter for creating macOS apps is still “alpha” though isnt it ?

** This page covers desktop support for macOS which is available as an alpha release as of 1.13.** This page does not cover Windows or Linux platforms, which are in technical preview.

So desktop isnt there - yet 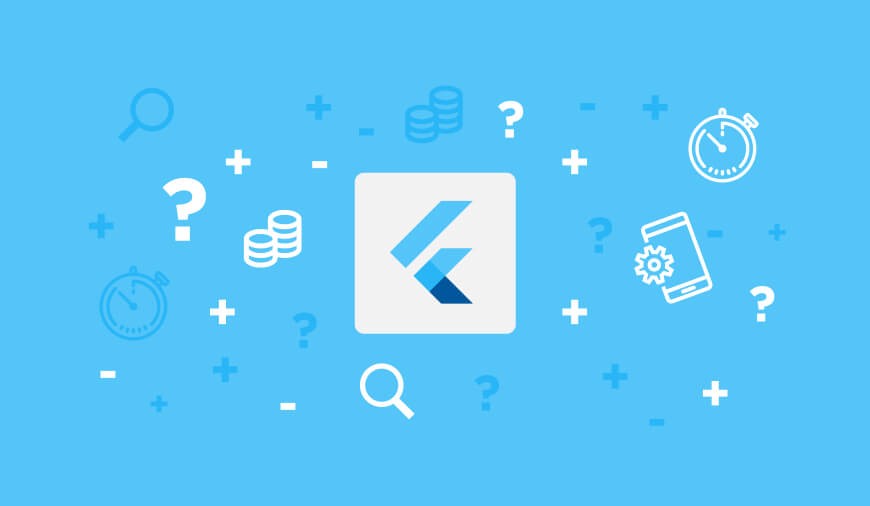 9 Points you must know about Flutter SDK

This article was originally posted on https://ayusch.com/9-points-to-consider-before-using-flutter-for-mobile-development/

But I agree that Dart with Flutter looks interesting.