The USA‘s slide into Fascism …

he is cartman from southpark.

You will respect his authoritah!

I think the general reaction would be

If I said someone is a murderer I would get in trouble with the police because that’s slander. I don’t get why Trump is like Teflon.

If I said someone is a murderer I would get in trouble with the police because that’s slander. I don’t get why Trump is like Teflon.

Because in the US the Office of the President is protected from some types of litigation. It’s a double-edged sword - needed to prevent people from exerting undesirable control over the office, yet allows the current President to do some things they shouldn’t. This is where you strive to elect an honorable person that won’t take advantage of this.

This is where you strive to elect an honorable person that won’t take advantage of this.

I feel like the last 3+ years as been a HUGE civic lesson.

But not civil lawsuits

Isn’t that what started and ended up with Clinton being impeached ?
Didnt Paula Jones sue and it was allowed to proceed ?

I realized Trump is the spiritual successor to Marie Antoinette after reading the following (so I just HAD to adjust the topic title):

Fire, pestilence and a country at war with itself: the Trump presidency is...

A pandemic unabated, an economy in meltdown, cities in chaos over police killings. All our supposed leader does is tweet

It is sad to see that at this time when there needs to be real leadership he’s so ineffectual.
Even George Bush more or less got his shit together for 9/11
This is really sad.

Who are the Dems putting up against him? And who did they put up last time. Then you’re all astonished that he won? I’m not. Sorry and all that - but there it is.

Hillary wasnt “awesome” - I’ll grant you that
Anyone whose been in politics for as long as she has been has baggage
She didnt have Trumps baggage though
She lost because they seriously took things for granted and lost states they should have won - but when you dont bother to campaign there what do you expect ?

4 years in folks have seen what a shit show Trump runs
So much for the myth of “we should let a successful businessman run this as he’d know how to do it” That could still be true but first you need to elect a successful one - thats not Donald
He has how many bankruptcies ? Isnt it every one EXCEPT the business his dad first started now called The Trump Organization ? And its under investigation as are Donald & siblings.
He’s been implicated in an election crime - not charged - yet.
Trump U ?

going back to 2016, there was a feeling that Bernie was robbed of the nomination that Hillary got. Of course we learn details after the fact that this was true. So what you had was, people angry and probably voted for trump that would have other wise voted the other way if the DNC didnt pull this stunt.

The Dems do seem bound & determined every time to screw up whatever advantages they can muster
I dont know if they can this time but I would not put it past them despite how awful Trump has shown himself to be for the past 4 years (has it really only been 4 years ? It feels like 10)

I wish we could recognize the R’s and D’s as having a monopoly in politics. would be nice to have more than two dominant parties to choose from.

Right now we have a minority government
No single party has an outright majority
And this often turns out to be the best form for us because in order to pass laws or get much else done they have to work together and that ends up being less extremist legislation or policies
We have had years where it was an outfight majority and, unlike there, a single party with a majority is about like electing a king (our system is very different than yours and sucky for this reason)

Why not go for REAL change and adopt the German system? 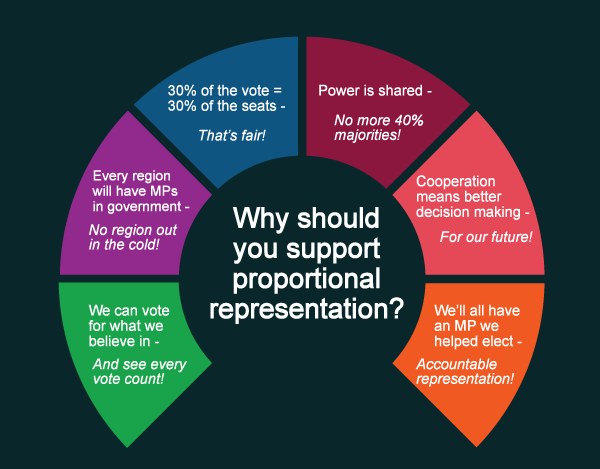 Every winner wins with the system and so has no interest in changing the system.

Germany has some areas where the right-wing party gets 30% of the votes.

[quote=“beatrixwillius, post:38, topic:522”]
Germany has some areas where the right-wing party gets 30% of the vote [quote]

True - though Germany-wide we are talking about 12-15% at best, and it has been going down for the last two-and-a-half years (currently 9%). And you should clarify that we are talking about the German equivalent of the Brexit-Party: nationalistic, xenophobic, islamophobic, but most would be deeply offended if you call them Neo-Nazis (even though - like the Brexit-party - they have Neo-Nazis in their ranks).

“30%” was in the former Eastern Germany where they never dealt with the Holocaust (that was all “Western Germany‘s fault”) and following on from 12 years of a “grand coalition” of the two main parties, plus the AfD tempered their rhetoric, so there was a lot of protest voting going on too. But the AfD is already going down again, mostly due to some of their Neo-Nazis having been emboldened enough to show their true colours. See 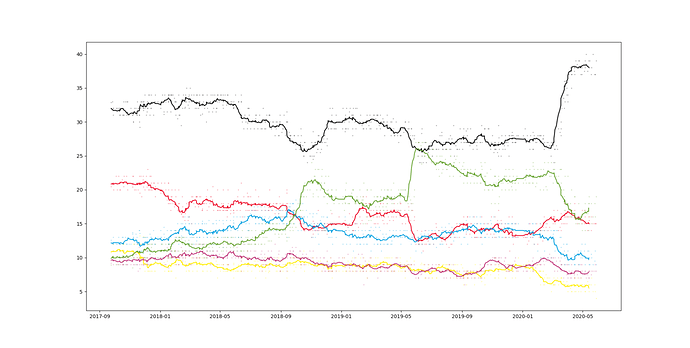 Opinion polling for the next German federal election

In the run-up to the next German federal election, various organisations will carry out opinion polling to gauge voting intentions in Germany. Results of such polls are displayed in this list. The date range for these opinion polls are from the previous federal election, held on 24 September 2017, to the present day. The next election will be held on or before 24 October 2021, unless a State of Defence is called before then. Civey (SPON-Wahltrend) has continued to publish daily data since 1 Oct...

Spot on - need to change the title again:

With Trump we've reached the 'mad emperor' stage, and it's terrifying to...

Trump incites violence from the safety of a bunker, then orders peaceful protesters tear-gassed for the sake of a surreal photo op

PR is a bad idea. I want the people in charge to be in charge. That way you know who is at fault. The Belgians had no government for a year. How can that be a good idea.

PR is a good way for the political class to stay in power and ignore the electorate.