As a side project I’m creating another calculator app… (Why, because I want to

)
Anyways… I would like some feedback on how to improve the layout of the “programmers” version.
Are there important functions I forgot? Ideas on better ways to layout the keys in portrait and/or landscape mode. 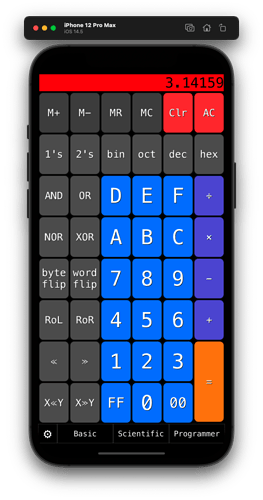 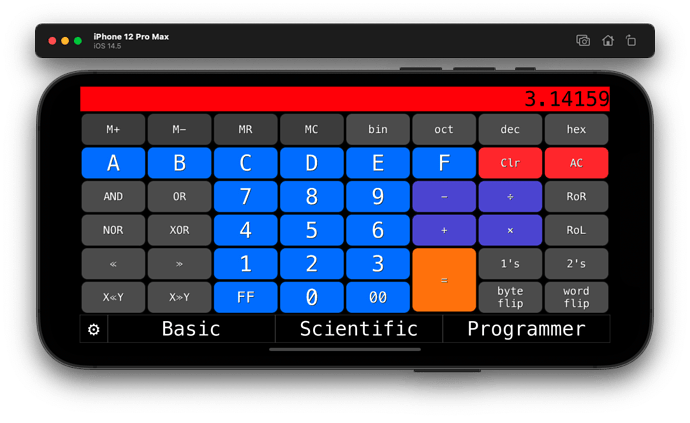 Note : the focus is on the key layout… I know the “display area” needs more… but before I get to that I want to make sure I’ve got all the functions, and layout as best as can be.

So if you have any ideas, feedback, comments etc… I’d really like to hear them

I do a LOT of embedded code, my IDE, MPLABX, has a great debug feature where you ‘hover’ the cursor on any variable and it shows the value in a little window along with its address (take note xojo, a real debugger).
BUT the popup only shows HEX, I would suggest 3 little items (which may already be in your project)>

(1) simultaneous display of the decimal and hex value when either is typed in to avoid the need to swap between the two using HEX DEC buttons, perhaps with autodetect of HEX if DEC is selected
(2) BIN readout, similar to the CMD-3 version of MacOS calculator
(3) MOD button, not on the MacOS calculator but is on the windows one

I think in landscape mode I’d keep ABC and DEF the same way they are in portrait mode, so the numbers are 3 wide the whole way up. I’d move MR and MC to where A and B are. On the right side I’d try something like:
dec, Clr, AC
bin, -, (divide)
hex, +, x
oct, RoR, RoL 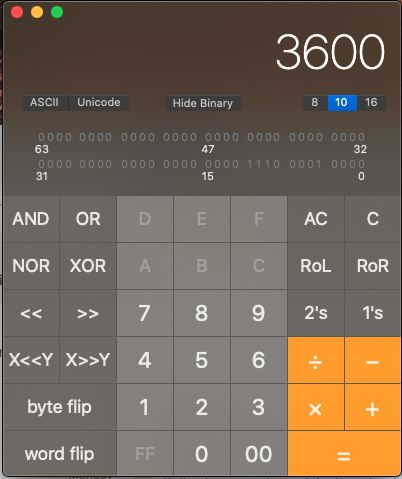 sorry, I get its iOS now, that’s what CMD-3 gets you on a MAC 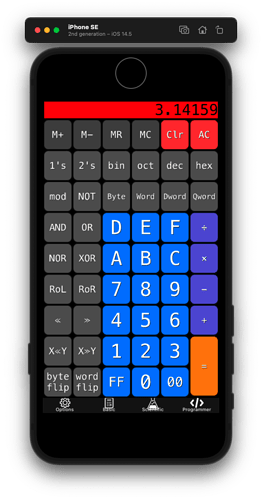 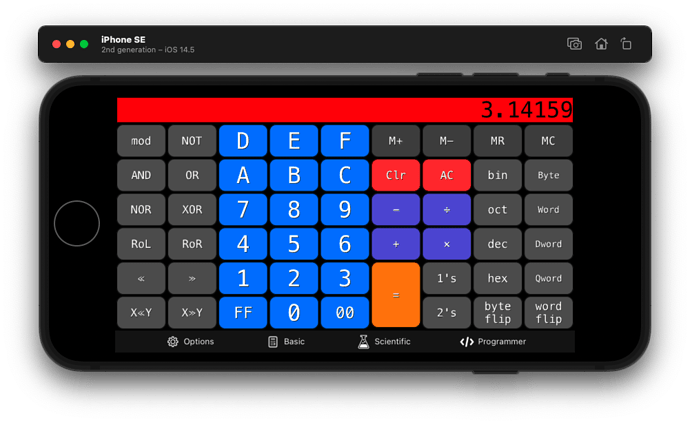 You could get yourself a little more screen space if you split the “=” button into a “=” and an options button, and then put basic/scientific/programmer in the options. I don’t know if it’s worth that though, it’s hard to tell not having it on a real device in front of me.

looks good, if not busy.
there is a lot in there I personally never use, like memories and octal, flip so I would think it nice to effectively ditch the stuff I don’t use and have it on a secondary swipe screen, you did ask!

I want those on the main screen, primarily since I find it annoying to have to go somewhere to change modes (like the macOS version for example). The buttons autosize based on device and orientation, and so far they are above the 44px minimum stated in the Apple Hig

also notice that area is slightly smaller on the new screenshots…

It looks mostly good to me. However, not being sure how the 1’s and 2’s keys are implemented, I’d be concerned about their positioning. Since the ‘equals’ key is likely the most used key, the keys next to it should have no effect on the calculations that isn’t easily reversible. If it were me, I’d be really upset if I accidentally lost a large string of calculations if I hit the 2’s key when I was meaning the ‘equals’ key.

Good Point… 1’s is “Ones Complement” and 2’s is “Two Complement” so yes, either would change the value.

but then ANY key affects the value

Ok… left Portrait mode the same as before… but changed Landscape to meet Dales suggestion.
also in process of adding Binary Display 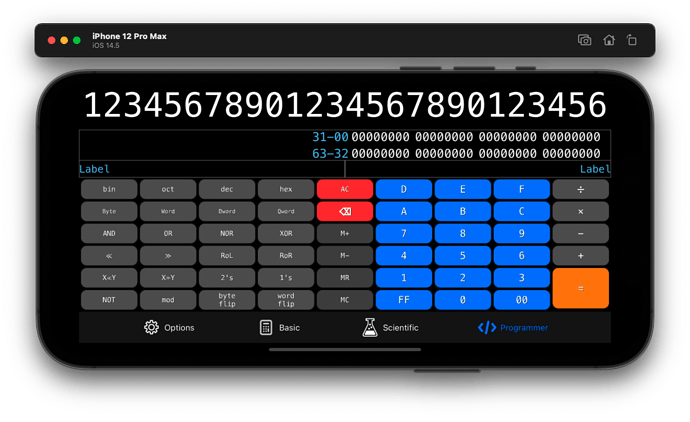 That looks good to me except that, for aesthetics, I’d swap the 1’s and 2’s buttons.

I appreciate your feed back…

Could it be that the orange “=” button is to small or are my eyes getting older? Next button “00” is lower.

Not sure what are you are talking about?
the “=” button is the largest on the keypad… not the smallest

Valid point. However, you might want to keep the 1’s and 2’s button order the same between the portrait and landscape modes, whichever order you finally decide on.