With the massive proliferation of JS projects out there, and behemoths like Electron, is there REALLY no Drag/Drop gui for creating pages that works directly with node or Electron or one of the other 1000 JS-based environments?

I’ve searched and searched, but it still seems like everyone making web apps is coding the pages manually, as far as I can tell. Weird!

I keep seeing more and more “cross-platform” environments and IDEs, but not one with a drag/drop GUI.
Again, very weird to me.

In some ways I think some devs like to leave things hard and cryptic and what not to keep it hard and technical and cryptic and so they wont have to deal with the huge proliferation of newbies and “uneducated idiot programmers”. The StackOverflow snobby types

VB was a great equalizer because ANYONE could code. A lot of folks who would never have touched code now would because it all appeared so easy. You put a button here write a few lines and voila !!!

And all everyone’s efforts seem to be making cross-platform code. That was done years ago and is the easy part. There’s probably 100 cross-platform environments to choose from.

Is it that hard, or does nobody but us care? I can’t wrap my head around it.

I’ve seen many times more applications built for the smallest of audiences. (I’ve done several myself!) Is a drag/drop GUI of no interest to anyone but us?

Seems to me a drag/drop gui for JS would be just a web page designing program. There used to be things like DreamWeaver (never done anything much with Web design myself, so I don’t know what tools are used now), but if those tools exist, couldn’t they be made into an IDE?

J4X? That has a GUI designer. (albeit not as good a one as Xojo)

Never heard of it. Searches come up for something called J4X-7 which looks to be a toy or something…

A lot of folks who would never have touched code now would because it all appeared so easy. You put a button here write a few lines and voila !!!

Well it certainly makes things a lot faster! I remember the days of coding a UI using VT100 terminal commands … and being proud of it!

Sorry Meestor_X, I was in a hurry and mistyped.

I meant B4X which has B4J for Java.

I only started programming in Windows when VB.NET arrived. As far as I was concerned, it was the first environment that allowed me to program in Windows without knowing anything about Windows. VB6 looked to be a mess, IMHO and I wasn’t interested in Windows until Win 98.
Straight from DOS Turbo-Pascal to VB.NET. Never looked back!

You decide which is which

Sorry, I really shouldn’t reply to forum posts on my phone whilst walking my dog.

Sorry, I really shouldn’t reply to forum posts on my phone whilst walking my dog.

I resemble that remark.

Would you trust anything this guy had to say? 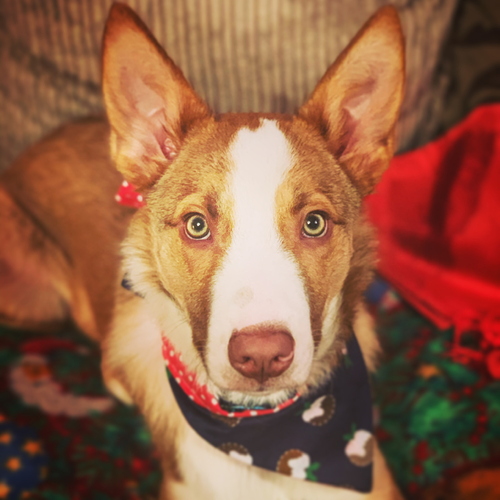 definitely - he could come out here and run around

he might scare the crap out of the coyotes and enjoy it too !

Would you trust anything this guy had to say?

I would trust him to let me know if I should trust someone else!

But my dog still can’t answer the simple question I ask her every day, “Who’s a good girl?”

Apparently you dont ask it right