Buying a Mac for software testing (from a Windows guy)

I never would’ve thought I would pose these questions as I’m not a fan of the whole Apple ecosystem at all, but I’m considering buying a refurbished older Mac/MacBook for the first time. I would be used for testing only, not for development on it.

From a ‘Mac’ newbie (and please don’t spread the word around I’m looking for one! I have a reputation to uphold…

can I connect my PC hardware (mouse, keyboard, screens) to it?

Id also consider a macbook 2015 if you can get hold of one.
You can remote desktop to them if you need to, using a variety of techniques, but I find that unrewarding over using them directly.

Ok, that is a relief

Id also consider a macbook 2015 if you can get hold of one.

remote desktop to them

Yes, if it has to be done with software like AnyDesk or Teamviewer, I would not do it either. If it can be done as a real terminal session (thin client) like I do on Windows, I don’t see any difference in speed.

I have 3 of them.
Sooner or later an OSX update will tell me they are scrap, I am quite sure (thanks Apple),
but all MacBooks after 2015 can suffer from bad keyboards.

I will need a silicon one for testing, so I won’t be buying another intel based one until I’ve evaluated that model.

don’t buy a laptop if you don’t need to move it. a mac mini will be a better choice for development. you can use almost any keyboard mouse screen on it. and you can remote control the screen if needed.

almost any keyboard mouse screen on it

That was my main worry that it had to be Apple certified to be able to be attached (or had some special ports, not used in PC world)

… the classic Mac Pro had a massive price crash after Apple announced their own silicon, and my next Mac will also be one with Apple silicon.

The disadvantage is that a new Mac mini runs rings around most older Macs, especially in single core performance. But it came out in 2018 and is overdue for a refresh.

But that being said my next Mac will be Apple silicon too - probably a mini, with my 32 TB Synology for most storage.

I had a 12in MacBook and hated the keyboard so much that I sold it again 3 days later. It was also quite underpowered.

The 13in MacBook Air are nice for travelling and good value for money.

Any 13in MacBook Pro up to and including the 2017 should be avoided - the new 13in is a step into the present (not the future), but the MacBook Air is better value.

The 2015 15in MacBook Pro is recommended if you want all the legacy ports (but still quite expensive - 2nd hand prices here have actually increased over the last 2 years), otherwise the newish 16in MBP is MUCH better.

If you have a powerful PC then you could see if you can hackintosh it with multi-boot options.

As long as it is a USB keyboard it should work …

I’m not looking for a powerhouse, quite happy what with my PC does for development.

But as I read a lot from you guys older (cheaper) ones do quite well too, I was just wondering if it wasn’t a better idea for the job it has to do to buy a refurbished one.

Personally, I wouldn’t recommend a MacBook or Apple laptop, unless you want an Apple Laptop.

Instead I would urge you to look at a Mac Mini, in saying that I would point you towards a much newer model. Apple now only provide software updates for around 7 years, in the recent years Apple have artificially prevented newer versions of macOS from running on certain machines, even if their tech specs show that they are capable.

There are hacks for some of these machines, but even then Apple may get more aggressive about trying to force you to re-purchase hardware that you don’t need to. Gotta keep that profit up right!

You also need a reasonable sized disk, for you should support at least 3 different different versions of the macOS, until Big Sur you could easily install the macOS and Xcode into a 64GB partition. However with Big Sur and Xcode 12, you now need a 80 GB partition if you want to be able to update your copy of Big Sur, without having to delete Xcode, update and re-install Xcode

Many of my Xcode peers ONLY support the current OS version.

also be aware that getting the previous model of mac mini (before 2018) let you change the disk and ram inside to what you want. they are still fast enough for development.

let you change the disk and ram

That is good to know because, as a PC guy, I like to fiddle with the computer insides

That is good to know because, as a PC guy, I like to fiddle with the computer insides

yes, but it is obsolete and you have to tweak it to run catalina. the mac mini (2015-2018) still has some life in the coming years.

Thanks for the answers guys! I had no idea buying a Mac would need so much thinking

I will probably go for a Mac Mini (before 2018) if I can find a refurbished one because (from what I understand):

As for disk space, I assume I can use external SSD disks e.g. to install Xcode (let’s say anything non OS related)?

don’t buy a mac mini with an apple factory ssd : they are on a proprietary bar and you won’t have the cables and brackets needed to install a sata ssd inside. better buy one with a used mechanic hard drive, too slow that people get rid of the mac, just install a 2"5 ssd drive in place and good to go. yes you can have an external ssd on a usb 3 port.

also for the display, you have an hdmi plug at the back of the mac mini. the other plug is a thunderbolt, and you need an adapter if your display is vga or dvi. 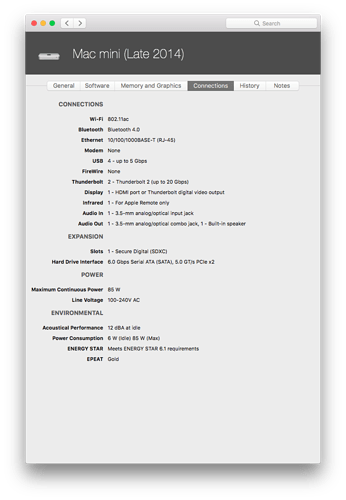 At this moment in time, may I suggest to wait for a MacMini with Silicon ?

Ok, a bit expensive (I suppose), but it will be common in some months (within your/all customers) and it will take months (I hope) to be deprecated (Vintage they say) - 5 years ? And many more years of good use.