The other day I sent Garry a version of an app I am writing.
Currently it is macOS only, compiled with 2019r1.1 and 64bit

RAPID needs to be updated.
The developer of this app needs to update it to work
with this version of macOS. Contact the developer for
more information.

it does use these declares

This is just a list, and not all the code the calls or uses them

Problem is… I don’t have “more information”. it runs perfectly in Mojave

a simple test of the app in the bundle would be to run the FILE command in terminal
something like
file /Applications/Contacts.app/Contents/MacOS/Contacts
note this uses the EXE way down inside the bundle NOT the bundle itself
you want an answer that says

EDIT : Make sure you have things set like this 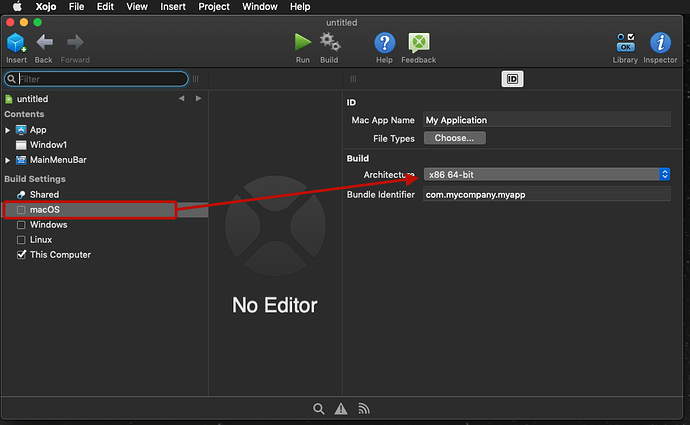 yeah I had THOUGHT it was set to 64bit (at least that is what I saw when I check yesterday)… but it wasn’t, which is strange because I have no need to run 32bit stuff anymore… Anyways I recompiled and sent Garry a new copy,

I’m seeing all sorts of weird messages on Catalina with your app @DaveS. The updated build you sent me will now launch (if I go to the macOS Security settings and allow it as you are an unsigned developer) but then I got this error message which I’ve never seen before… 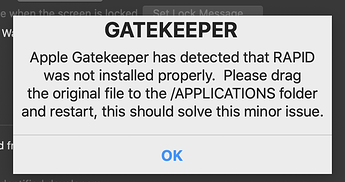 Catalina is a s**t show.

Xojo really need to streamline getting apps to run properly on macOS. It’s a complete ball ache on Catalina.

I agree… If Xojo wants to be a “player” in the game, then it needs to provide the “soup to nuts” process… a compile should include all the signing, hardening, notorizing (sorry Sam)

Otherwise its only 1/2 what is needed… its like buying a car, and having to go to a 3rd party to get the gas tank

Xojo 100% need to fold in what Sam Rowlands is doing with App Wrapper. The IDE is just not good enough in its current state if you want to distribute your apps to other users on macOS.

That would be a simple one to do by default

I did see that… but doesn’t that have to be included in every project file?
as opposed to being a core Xojo feature/function?

What script is this?

Yes
But just like Xojo builds a default project with an App instance, Window and MenuBar when you start a project they could just as well add a new Build Automation item under the macOS target with that script already in it

There no reason why not

this is also the same thing [I think]