Anyone ever heard of this? 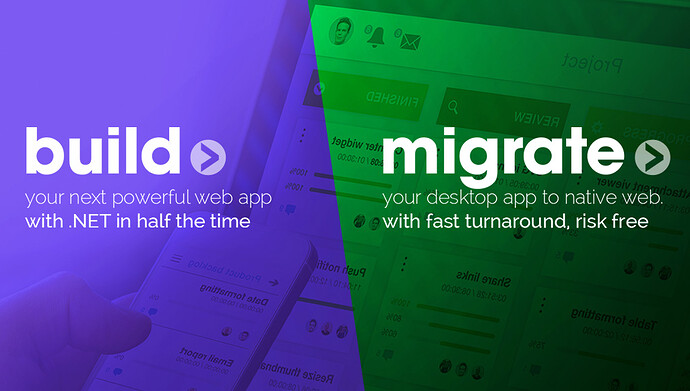 The $690 price means I’d have to have a solid idea of what I was going to do with it. That’s steep for creating hobby projects or puttering around and kicking the tires.

Runs only on IIS, that’s a showstopper for me. And I personally don’t particularly like .NET.

Frontend-wise, top-notch for a building block system covering almost every aspect. Mobile apps are so-called hybrid apps, you need to like this concept as well, and you need to be a paying technology partner to get that functionality.

Very “beautiful” and frontend-wise very easy to build something nice, but has its limitations as every RAD system has.

Dumb question, but is it server/client only? No stand-alone?

That was kind of my thought too since bjorn showed off a quick little Net web app that WAS completely stand alone and only relied on .Net core

I’d be happy to pay the money if it gets me back to .NET X-Plat Desktop!

Obviously anything server/client based is X-Plat because it’s just a browser on the client. Wanna know whether I can create a desktop Windows/Mac/Linux app (don’t really care if a browser is the interface) and it’s standalone… And can run on an RPI…

Can’t seem to find that info on their site… 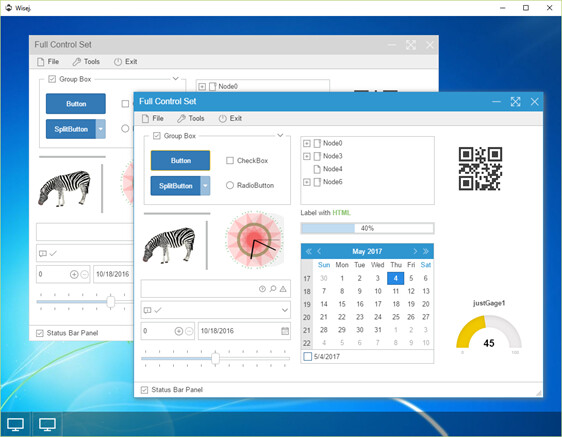 Self Hosting and Standalone Web Apps

Wisej can run as a self hosted process or service (without IIS) or can run as a desktop application. Supports WebSocket real time applications and can host any ASP.NET control or application, including WebForms. Supports all OWIN middleware plugins...

Back to the drawing board…

Looks like there may be some hope after all!

To update this thread:

– We have now Wisej running on Linux and MacOS (it’s 3.0 and it’s on schedule)

– Wisej is also running on a Raspberry Pi 4 with 4GB and plenty of memory to spare!

Any plans for cross platform support such as Linux, Mac and mobile platforms...

sorry, that forum sucks, did not see the reply from this year

I concur.
Non-sequential messages? For shame.

So, current version is 2.2 and Next version 3.0 will have Xplat standalone capabilities?

many thanks for getting in touch. With Wisej 2.2 we are able to deploy to cloud, web server, embedded server, desktop, and mobile apps from one single source code. So standalone Windows desktop apps are supported today already in parallel to web-based deployments of different sorts.

The focus of Wise 3 is on .NET Core/.NET5 support which means that we will become independent of Internet Information Server (IIS). As part of that, Wisej will be able to run on Mac and Linux. In fact, I already have a lab version of Wisej running on a Raspberry Pi in my office. The current time plan for a final release is the second half of 2021.

Please note that local desktop deployment to Linux and Mac is not on the list of planned features for Wisej 3. We may consider this at a later point.

The 2 statements that don’t jive are:

So, currently the server/client apps are NOT able to run on Mac and Linux? (Not sure how that could be, since they are browser-based). Or is he saying that in version 3 the SERVER can run on Mac or Linux but still only Client/Server?

Anyway, seems my hopes are once again dashed.

Why oh why does EVERYTHING (except Xcode and Xojo) base itself around Windows?

Or is he saying that in version 3 the SERVER can run on Mac or Linux but still only Client/Server?

That is what I understand. Just the server being not dependant to IIS and windows.

That’s not what it means. It means that the client (browser) can be on any OS (i.e. Windows, Linux, iOS, Rasperry Pi, anything that can run a browser at least at IE11 level). The server side since Wisej 3 can be anything that can run .NET 6 (i.e. Windows, MacOS, Linux-most flavors and most devices). The server cannot run on iOS because .NET 6 doesn’t run on iOS, it’s still mono under the hood.

The message on their forum is about the standalone option, which is basically an Electron-like executable that includes the server and the client in one executable running the Wisej application as a desktop application. They provide 4 standalone executables: IE11, Edge, Chromium and FireFox. This is the one that they were referring to in the reply. However, it should be quite easy to also run it on Linux if needed.

Doesn’t look like there is any limitation. There are projects with 1500 web screens. Some of those screenshots are from enterprise level applications that seem to be impossible with web templating systems. 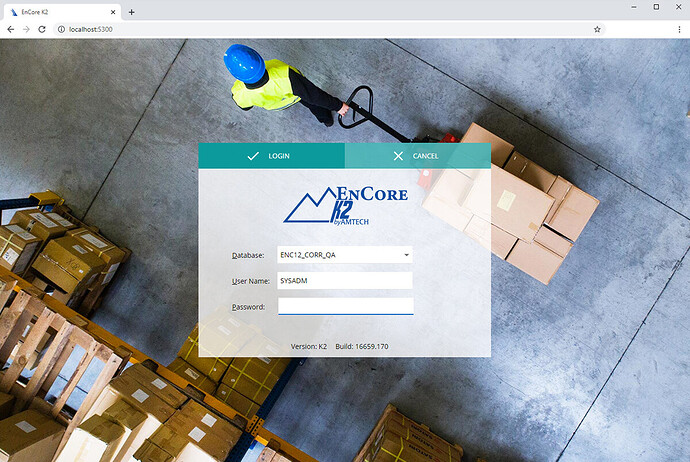 Amtech Relies on Wisej to Deliver Web-based ERP for the Corrugated and Folding Carton Industry.

I can’t find anything of that scale created with templating systems like angular or blazor.