Sorry for the delay folks
Work. Earning a living. Family.
And SNOW !!! (yeah SNOW !!!) So my days will get filled up with things related
to being part of the Canadian Ski Patrol

But to get the input options (like press & hold to then see the popup of optional
character forms like ü and others, we need to respond to the text input system with
values that make sense to it 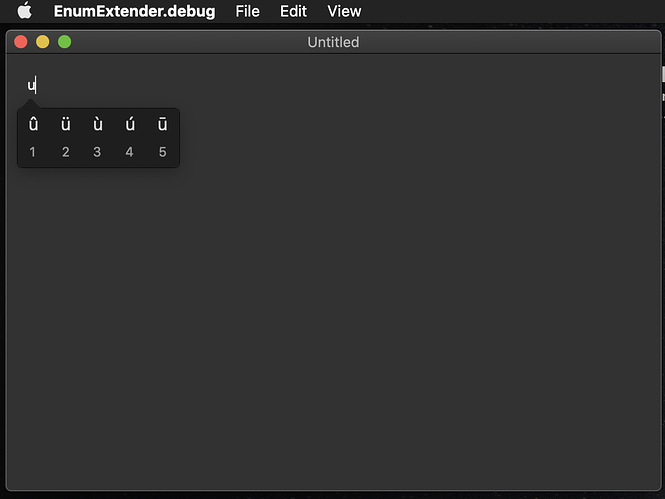 One of the first things we need to deal with is “Incomplete Text Ranges”
What exactly is a TextRange ?
It is actually very simple - a starting position, and a length. Nothing more.
But what is meant by an “incomplete text range” ?
In Cocoa terms this is marked text and can be a temporary
string displayed in the text during composition of the final input and is
not actually part of the content until it has been committed (via InsertText).

For international input, like the alternative form selector popup, the incomplete
text is whatever character was pressed and held down long enough for the OS to see
you wanted to see the popup. This might be something like the u, a, e i, or o which
all have alternative forms

So, for now we’re going to return a TextRage that is the the position of the last character
added and 1 character long. This would mean the last char typed forms the entire incomplete text range_

And once you do this you should, if you press the u key and hold it, see the popup show
up somewhere on your screen. It will be badly positioned and we’ll take care of that next
That code is simply

For now, since we do not have selections implemented we can set selected range to be the current
position that is 0 characters long
That code is simply

The request for the RectForRange though we need to respond with a decently accurate rect otherwise
the system cant place the popup correctly
Since we previously added the PositionToLineColumn and LineColumnToXy methods this should be simple.

And now that we have done this when we press & hold the u key on macOS the selection popup will appear in the right place.

*On macOS if you have your keyboard preferences set to show the keyboard alternates. That is the default but if you’ve turned this off then all this work isnt something you’ll notice. But its still necessary.

*On macOS if you have your keyboard preferences set to show the keyboard alternates.

Where exactly is that setting? I can’t seem to find it. I’m noticing that the flyout only shows occasionally here when I press and hold a character. (Same issue as quoting perhaps?)

or you can set this on a per application basis
see

How can I disable "ApplePressAndHoldEnabled" specifically with IdeaVim in Scala?

Can you clarify your TIC number 8 post? You don’t mention which events the TextRange code is for… 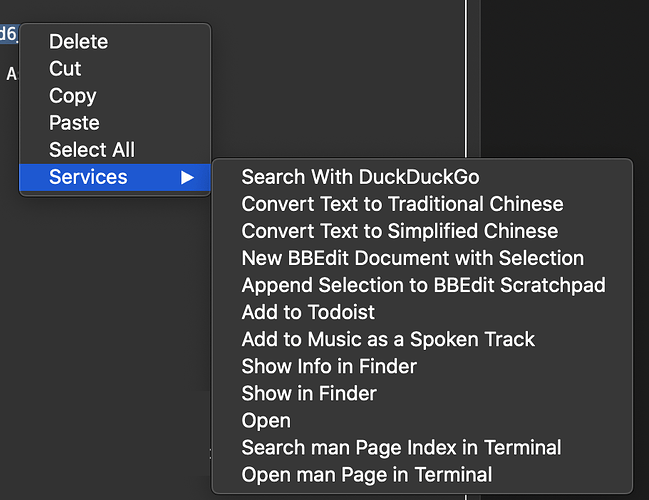 Would be very cool @npalardy, if you could attache the sample for each TextInputCanvas Tutorial Part, because sometimes small things missing in your step by step tutorial.

Great work, looking forward for the next parts.