Creating a custom button that uses a canvas and transparent png image. (I assume png is the best format for this?) I dragged in the image and it works well. 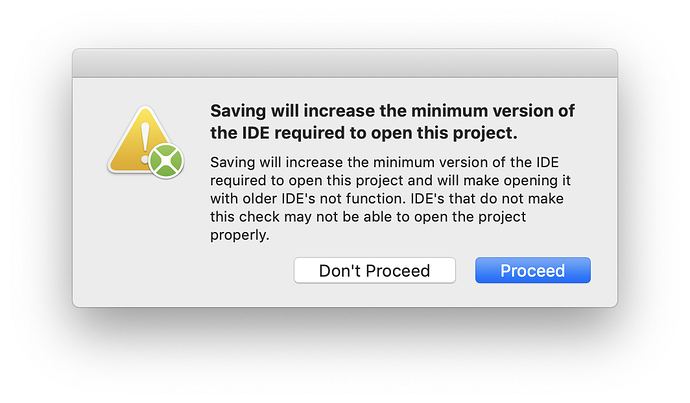 What’s this all about?

probably because you are now using features that are in 2019r1.1, that were not in what ever version you first used to create it.

What version had you been using ?

What version had you been using ?

Weird
I cant say I’ve ever had 2019r1.1 give me that warning for just about ANY project

yes it is, but doing so incorrectly could muck up the project file

ok I remember doing it when the released 19r2 and it was a one line thing at the top of the file.
since then I just decided never to use anything except 19r1 so no issue

Interesting. Here’s what it shows in the project file before I “accepted” the warning:

So the original file could have been opened in a 2007 version? Wow.
The oldest version I’ve ever owned is 2018. Must have been some code I dragged in from an Example file or something…

Yeah you should still be good to go