Sometime next year we intend to update the system such that when as case has had no activity in many months, the system will automatically ask the user if this case is still relevant. If they indicate that it is, the case will remain open. If not, it will close.

Xojo is nothing but predictable … the ONLY thing that ever surprises me is when I think “Surely they wouldn’t … would they?” … and then they do.

Geoff said “Do it right, or don’t do it at all.” … well, this certainly isn’t doing it right.

Geoff and his team can ban people and delete posts, but it won’t change how folks feel about their super shady practices.

Now new people are speaking up.

Geoff should just be honest.

I remember reading long ago that the software that ran the space shuttle was considered to be bug free. That came at the cost of $25,000 per line.

Comparing writing Xojo with writing software that flies people to the moon is just laughable. NASA wouldn’t even have trusted a program written in Xojo to handle the coffee breaks of the janitors…

This is just a ‘typical’ Xojo solution to a big problem (the huge pile of bugs) they have: why fix bugs if you can just make your users so tired that they stop confirming bugs so you can close and delete them? It all comes down to having a testing strategy which Xojo does not appear to have. They may be a 20+ year old company, but they also still work like 20+ years ago.

Really, the putting-responsibility-on-the-user mindset Xojo has is just staggering!

I don’t see this as being all that shady. There is a mountain of bugs in Feedback that are no longer relevant and this is a way to whittle it down to something more manageable. My opinion is going to be an unpopular one but with such a small development team I don’t see how else they can manage and prioritize bugs.

Keyword is small team. They can’t deal so they’ll disappear bugs. That’s what it comes down to.

Paul just said too many bugs and small team.

It’s literally to make it look not so bad.

I understand that change can be upsetting, I can assure you that this is not nefarious. The purpose of this is just to help us better manage the Feedback queue. I think the “many months” part does come across as too frequent (I’m in favor that number...

I do understand this, but it is a problem they caused themselves by the long term neglecting of following up bugs. Putting it now all on the shoulders of the users is just a cheap shot and I can only read it as a very desperate move.

Xojo has been way over their head with wanting to tackle all those different platforms with, indeed, a way to small team. Every team member has to be productive if they want to (just) survive and although testing does not appear part of this, in reality, it is a huge money saver.

I honestly also do not see a way out of it short term for them except biting the bullet an setting some team members on it to remove all those old cases. But throwing the baby out with the bathwater is definitely not a good idea.

I remember reading long ago that the software that ran the space shuttle was considered to be bug free. That came at the cost of $25,000 per line.

Well that is wrong, the Space Shuttle code was $1000 per line and had 13 known bugs NASA had to work around.

An interesting read on the Space Shuttle software development process. 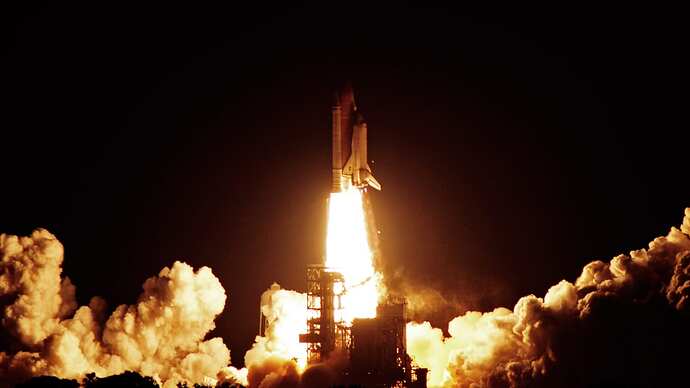 They Write the Right Stuff

That’s the culture: the on-board shuttle group produces grown-up software, and the way they do it is by being grown-ups. It may not be sexy, it may not be a coding ego-trip — but it is the future of software. When you’re ready to take the next step — when you have to write perfect software instead of software that’s just good enough — then it’s time to grow up.

Close the bugs.
Lock the threads
Not really different is it ?

image855×222 15.9 KB
Read: It’s closing time! (1) You all have been able to vent your outrage and now we will just do whatever we have decided in the first place. Sigh… Proof me wrong and cancel this whole idiotic re-verifying idea Xojo!

Notice how Dana and Alyssa ignore Karen??? But they’ll get all upset about ‘asylum’.

question for Xojo Why do you think emotions are running so high among more than a few long time customers?

Aww… did someone hurt their poor fraglle feelings? Personally I think Ricks comments were a great analogy…

I have to admit if found it witty too

Karen was probably ignored because responding to the comment would have taken the topic more off topic.

Karen was probably ignored because responding to the comment would have taken the topic more off topic.

But could have gotten to the true root cause of those types of comments.

Just make another thread asking the same thing, hi xojo, just bringing this here from the other thread as I didn’t want to go off topic, and I was wondering…

They can either ignore it or answer it, both options will tell a story.