Teaching coding to a 5 and 8 year old

Like much of the world, were on lockdown which means I’m schooling my 5 and 8 year old much of the time at home. This is mostly because I can do my radiology reporting from home early morning and late evening on most days.

I want to introduce the girls to coding. I’ve started with the iPad Swift Playgrounds app and they seem to be enjoying it. I was just wondering if any other parents have any thoughts about getting young kids into coding.

Being a “programmer” or a “developer” [I HATE the term “coder”] involves way more than learning a language (be it Swift, Python, Xojo or whatever). First and foremost, you need to be able to identify the “problem”, and determine what steps (and data) are required to solve that problem… Then and only then can a “tool” be applied to automate that solution.

I think you’re onto something @DaveS. Coding for coding sake is hard to encourage. There needs to be a goal. I think that’s where playgrounds is good because the kids can see a short term goal. The issue with playgrounds is as @npalardy describes - it’s a game really first and foremost. It doesn’t really help you build an app.

I did consider Xojo and a few months ago my then 7 year old and I made a really simple number guessing game which she seemed to enjoy. The problem was that kids mostly want to play games so I guess I’m looking for a game development app that’s not as complex as GameMaker but not quite as simple as Scratch. A very small a niche!

Do you remember Logo ? 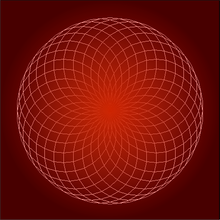 Logo is an educational programming language, designed in 1967 by Wally Feurzeig, Seymour Papert, and Cynthia Solomon. Logo is not an acronym: the name was coined by Feurzeig while he was at Bolt, Beranek and Newman, and derives from the Greek logos, meaning word or thought. A general-purpose language, Logo is widely known for its use of turtle graphics, in which commands for movement and drawing produced line or vector graphics, either on screen or with a small robot termed a turtle. The languag...

Does anyone see any benefit (other than a learning experience) to develop a version of either LOGO or PILOT for modern day computers (or iPad)?

EDIT : which in the end is “yes I do think there is a benefit”

When I read Emiles post, I remembered LOGO from days of yore…

But are doing some reading… I’m thinking of replicating the ATARI PILOT with TURTLE GRAPHICS on the iPad… cuz I’m cooped up, and bored

cuz I’m cooped up, and bored

Well I have the iPad editor almost done… So I can enter a PILOT program, load and save it… .can’t execute it yet …

an Atari 800 emulator? nah… Its gonna be a Pilot Interpeter written in Swift…

Bet even so, it will be dozens of times faster than the Atari 800 ROM cart was

EDIT : not so bad - maybe 2 hours worth of time and I can load code into the “memory” of the machine and am actually starting to execute the code on this page

Finding a really good 6502 reference took me a lot longer than anything else
This one is absolutely perfect as it details every instruction, how many bytes they take, and the status flags that get set etc

BTW I threw out an actual Atari 800 a few back! It had been a closet for many many years and I needed the space.