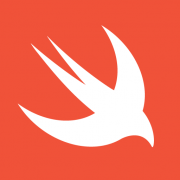 That is interesting… Swift 5.6 is part of Xcode 13.3 which I downloaded a week ago

I downloaded it a week ago

It’s interesting to hear that some are finding Swift is turning into a chaotic mess.

Well I have been using/learning Swift since the day it first came out… Have there been changes? Of course, and I would have been disappointed if there had not been. Were the changes difficult to upgrade previous code to? In most cases, not a bit, as Xcode does a bang up job of tagging each line with either a single click to 'fix it", or an explantion of what needs to happen.

Now this is from a Swift (and NOT SwiftUI) point of view.

Well Silver is a Swift clone maybe he is having trouble keeping it up to Swift.

The original post was by a software developer, but Marc Hoffman, one of the REMObject compiler developers did chime in. Here’s an article about Swift 5.5 by Marc Hoffman. Again, it’s his personal viewpoint, but I defer to his deep experience with multiple languages.

That article had NOTHING to do with Swift 5.5 other than to mention ONE SPECIFIC attribute, something that I’d say 90% of Swift developers would never even use…

But as to a discussion of Swift 5.5 specifically, or even Swift in general, this article did neither

@DaveS .The point is, as well as the author’s, is that there may be some ambiguities in some of Swift’s new features and, in this particular article, the actor model which was introduced with the 5.5 release. I believe the actor model is the feature to which you’re referring when you mentioned “ONE SPECIFIC attribute…” that “…90% of Swift developers would never even use.” Curious…

I would never pretend to speak for all Swift developers

But I have quite a few friends that are involved in its development. And it would appear that currency is a hot topic in which the actor model plays a role: The Swift Concurrency Roadmap.

Apple is taking great strides to make Swift into a Data Race-Free Concurrent Language. And it appears that Apple felt that the actor model is somewhat important enough to produce a video on how to “Protect mutable states with Swift Actors”.

In short, I believe it’s reasonable to agree that the actor model might indeed play a significant role in preventing data-racing.

Marc Hoffman, one of the REMObject compiler developers did chime in.

Keeping a mirrored language (a copy of what you see and know) may be the Hell for any compiler based on Swift, Rust or Dart, that are continuously in transformation, and from time to time dumps a lot of changes in their guts and novelties in the language.

You probably know about some of the history of Marc Hoffman and the original name of their Pascal-Based CLI language “Oxygene”. For those that don’t, the original name of ‘Oxygene’ was ‘Chrome’ … yes ‘Chrome’ which was subsequently sold to Google for an undisclosed sum. Marc lives on the enchanting island of Curaçao in the Southern Caribbean sea. So I’m not sure how he gets any work done.

As Marc’s “Chrome” (Pascal for .Net) had nothing to do with Google’s Chrome engine, except the name, are you telling us that Marc’s sold the name ?

What a lucky chosen name.