To all Ukrainians: I’m standing with you. UKRAINE FOREVER!

To all Russians: I’m expecting great things from the Russian people: Stand up for truth, stop the lies, and set Russia free.

To Africa: so proud of you, especially Kenya, Gabon and Ghana. BLACK PANTHER lives in you.

To China: you embarrassed yourself and lost a LOT of face today.

Dictators for all around the world: unite !

When people will throw away these people ?

To all Ukrainians: I’m standing with you. UKRAINE FOREVER!

I am standing with the Ukrainian people and their democratic voted gouvernent. I am standing for democrathy and freedom of speach.

Putin moved economic fraud schemes to the military. He practices a kind of “pump and dump” military scheme. He inflates parts of a country with his agents, starts local propaganda, creates artificial micro-revolutions using arms and people he deploys there; and finally invade such regions alleging to protect those “citizens” beyond the geographic limits of those places, and repeat. And lie! All the time. He usually says “No, we are not going to do that” to a TV Channel, and 5 minutes later he says to some General “deploy the troops as planned”. We saw that at Georgia and Crimea, he can’t repeat himself without being noticed anymore.

I am standing with the Ukrainian people and their democratic voted gouvernent. I am standing for democrathy and freedom of speach.

I’m all for democracy but let’s not have selective amnesia about what happened to Ukraine’s democratically elected government in 2014.

Think what you want to think

Well, we now have been given a new definition of “denazification”: To commit reprisals against the folks who deposed your quislings.

If Ukraine falls, then Putin has the West by the balls. 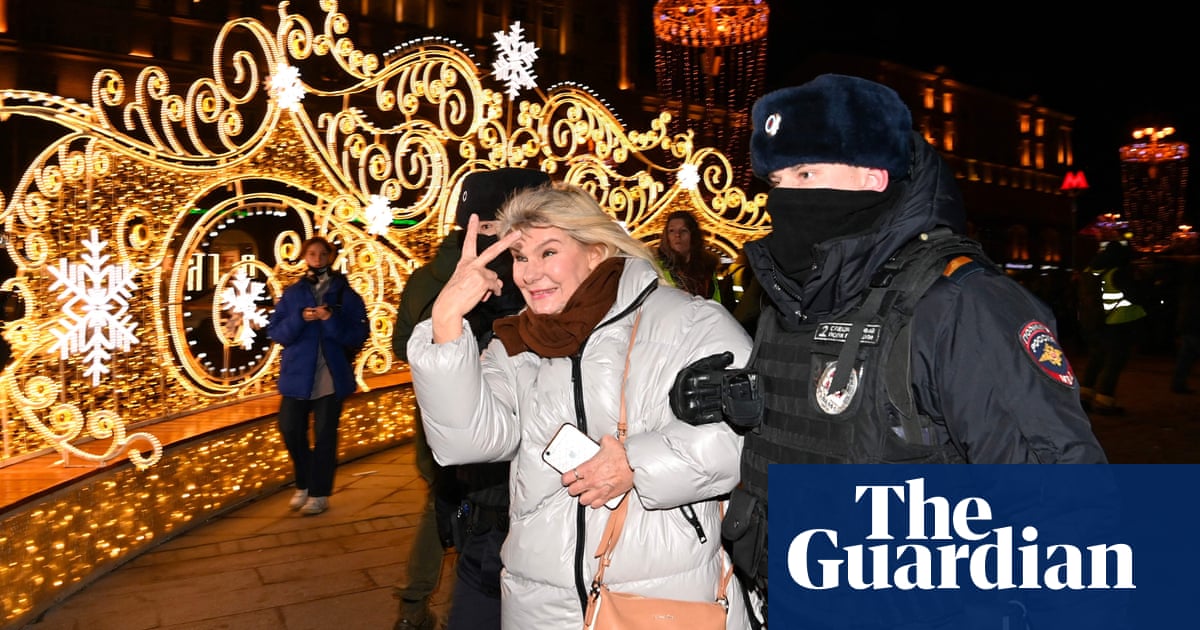 Anti-war protests across Russia – in pictures

Protests against Putin’s invasion of Ukraine broke out in 53 cities across Russia, with police making 1,700 arrests.

China was fully opening up to Russian wheat exports, which had previously been subject to health-related restrictions.

The South China Morning Post reported that the announcement was made public hours after the Russian invasion began on Thursday, but was the result of a package of deals made when Vladimir Putin visited Beijing at the beginning of February.

I think Putin deliberately gave a rambling interview that made people question his state of mind so they would fear him capable of anything - and keep them barking without biting. So your best bet for stopping him is a partisan war a la Afghanistan or Vietnam by the Ukrainians, or an uprising in Russia itself.

Dictators for all around the world: unite !

When people will throw away these people ?

Hadn’t you noticed that “Democracy” is becoming endangered? That without a population of democrats and support from the “First World” a LOT of fledgling democracies have failed? In North Africa, Middle East, Hongkong, etc?

For a LOT of people Europe is a “shining light”, a “beacon in the dark”.

But for even more people (even some east European countries like Hungary, Poland), Europe is a nuisance at best. They want to take part in the wealth and get help building up their own economy, but detest and reject the European values.

You can see the same playing out in the US.

About 25 years ago the Evangelical Churches started a concerted program to influence school boards to prevent the teaching of Evolution or at least add the teaching of Creationism. Then they set their views against Abortion and Homosexuality and made it an election issue. They mostly supported Republicans that espoused “family values” and “conservatism” (but not looking after Nature), and the whole movement became much more political rather than religious, with a war on media (eg Alex Jones & InfoWars, Breitbart News, Murdoch’s Fox, etc), and with it right-wing and nationalistic. They enthusiastically supported Trump without considering the consequences, and as a result the Republicans have become far less democratic.

In my estimate the insurrection would have been successful if Pence and some republican governors hadn’t refused to play along, or if Trump would have had 2 more years. American democracy would be dead. It might still die as more and more Trump loyalists are voted into office (eg Marjorie Taylor Greene, Lauren Boebert, Matt Gaetz, etc), and if Trump is elected again and given the opportunity to become the American version of Putin.

Sorry people but this is a programming forum not a political forum.