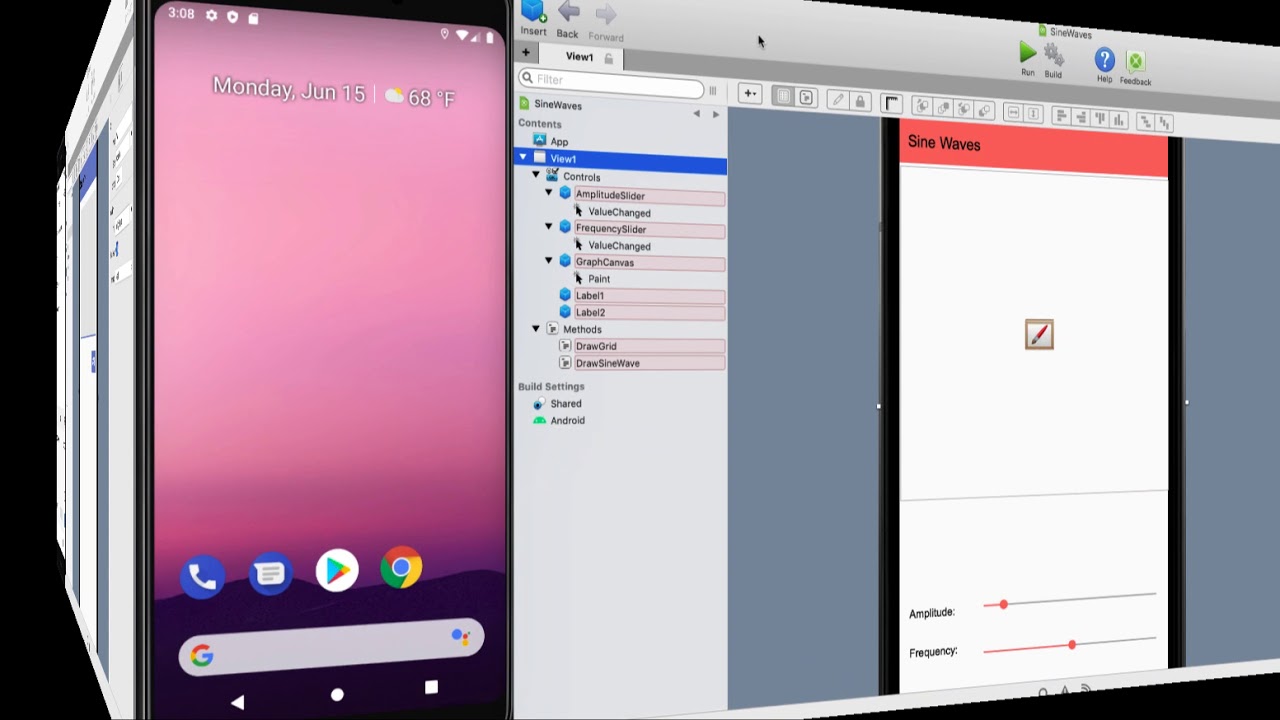 lots of really simple demos
until you get to 14:00 and then things get more complex

At least it’s progress, a lot of naysayers have said it’s not coming.

EDIT : if you search for “android” you’ll find a bunch of related posts and comments
Its coming - that doesnt seem to be in question AFAICT
What state it will be in when it does and will it be “enough” out of the starting gate are different questions

Wouldn’t you agree they are related but not the same ?

I have said it’s not coming this year.

I tend to agree

Oh, I’m excited, especially as ma next blower will be Android at this point.

but thats a proper use for android

Android is where it’s at!

The way how I see it, is that so much of the things that used to work on my iPhone don’t anymore, I don’t feel the additional cost of an iPhone over Android is worth it.

i.e. Last weekend, I had to drive to a train station I’ve never been too before. I set-up the iPhone with the destination in the map the night before, and memorized as much as I could. While I’m on the highway (almost there), I opened maps and tried to start the navigation, except it had lost it.

Then I drove the misses and her parents up a mountain I’ve never been before, and twice Apple maps took us to the wrong location. When we get there and it’s clearly not what we wanted, restarting the navigation would direct us many kilometers away from it just directed us to.

I’ve also had a running battle with “Music” since iOS 9, and Apple has no intention of fixing the bugs there.

So as far as I’m concerned, if Android turns out to be just as bad or worse, at least I’ve saved myself some dollars, than buying another iPhone which won’t have solved any the problems I have with it.

Not to mention that I like headphone jacks and clean displays.

For me this is the reason I look forward to Android being delivered:

Central America is pretty much the same

I have had an apple phone up to version 10. The quality was getting poorer, and was not impressed when every update reset some personal or global setting on my phone. The battery life was horrible.

After taking the plunge to a google pixel, I am really happy with it. There is no turning back, as I am happy with the phone. My wife said she want to try it next. Apple is getting less market share, at least in my family.

Heh
Out here we dont use most of the maps (Apple, Google, Waze, you name it)
They’re all wrong if all you have is an address
And even if you have GPS location they take you weird routes

They’re all really designed for areas where lots of people live so its well mapped.
Downtown Cupertino, San Jose etc

For me this is the reason I look forward

This graph shows the market share of mobile operating systems worldwide based on over 10 billion monthly page views.

But Brazil impressed me. Never realized we have 14% iOS devices, I thought it was like 4%.

This graph shows the market share of mobile operating systems in Brazil based on over 10 billion monthly page views.

Hey, and Guatemala is similar:

This graph shows the market share of mobile operating systems in Guatemala based on over 10 billion monthly page views.

Most Android users do not spend much if any money on apps, according to my own personal poll

My market is Brazil. Follow the money here is “users use Windows and Android apps”, no one cares (hmmm, 4% kind of care, but they don’t pay my expenses). Nah! Mac apps, iOS apps, iPadOS apps give you money for a beer. I do exactly this, follow the money.

Developing for Mac over here is a very very small niche market. But there is always one guy at high ranking positions that wants a Mac version of the app

I don’t sell software, I sell solutions. If I need to write an Android App, it is part of something bigger. If my client wants to access his data in tablets, and intends to use 4 of them, he don’t want to pay a 5x premium price if a good looking, good tablet, solves his problem the same way. He can buy 4 tablets or 1 iPad, they always choose the 1/5 of the price route.

Wasting time to create a Mac app to sell one copy by the same price of a Windows version that sells 25x more, sometimes makes you think: why am I doing this?