today just saw this profile on the discord of this community : 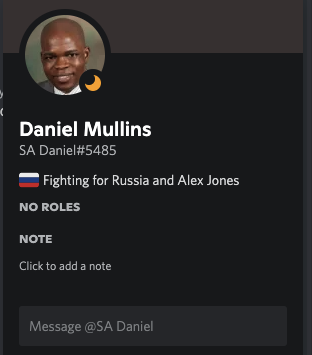 i doubt it’s real picture…
plus
SA Daniel …
in europe we don’t joke about this : 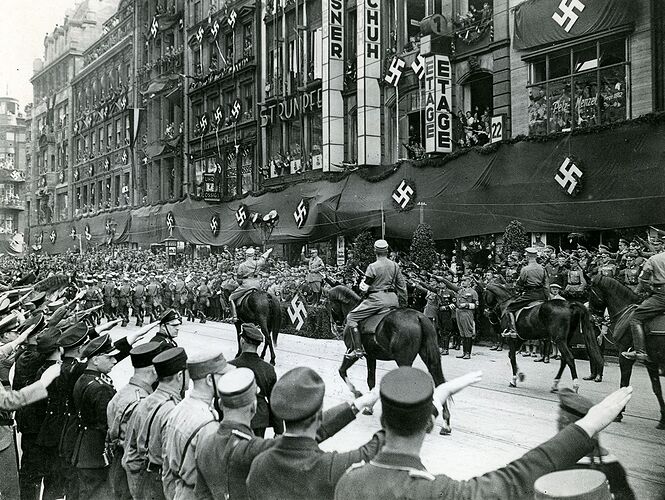 Possibly I can help. As a JEW I would not joke about it. But you prefer now to implement something what its not correct. Jeannot and me: we are both from EUROPE so it is not your privilege. We can speak for ourself and we do not need help from somebody like you which tries to use some pictures of somebody to blame us as racists. Stop that. It is ridiculous.

1- i know perfectly that jeannot and you are from europe.
2- do you stand on the position of SA Daniel about russia and alex jones ?
3- there is no community of interest here, just people gathering to rant, ocasionnaly share interresting things
4-i say what i want. you can’t criticize TOF policy and lecture me. “do what i say, but don’t do what i do ?” 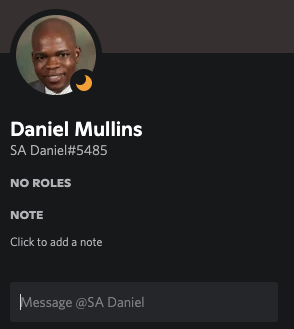 you can have different name/profiles on discord now, (i’m discord admin too)

3- there is no community of interest here, just people gathering to rant, ocasionnaly share interresting things

Could be, after all you are also using it for your rown rants

You can say what you want but others can’t say what they want because you don’t want criticism? Quite hypocritical and double standards

may be dalu? Who knows …

Unfortunately, not many dare to express their opinions openly. Of course there are many users with umpteen identities. There are peepers who read along, screenshots are exchanged, etc. Everyone has to make their own sense of it.

My name is clear and transparent EVERYWHERE on the web - it takes 5 second of googling to check my identity.

I have no issue (as I did know that you are reading discord) to repeat here that you are a troublemaker. That applies BTW for everything I am posting here, on TOF, on discord or wheresoever. The net is not a law-free zone, nor is it anonymous, not even for those who still believe it is.

The cowards who hide behind a fictitious identity should consider whether they are actually that much smarter than their reflection in the mirror seems to make them believe.

Have a good day.

There are peepers who read along,

talking about hal and dave who post constant screen shots of TOF here for a long time ? yes i think you do speak them.

M I have no issue (as I did know that you are reading discord) to repeat here that you are a troublemaker .(…)The net is not a law-free zone, nor is it anonymous, not even for those who still believe it is.

dude chill, i understand you can’t stand contradiction, and it makes you angry - obvioulsy

so you try to attack me LAMELY because you have NO ARGUMENTS about what i said.

now since you are a discord nOOb, you can click on on the list of user of the discord : 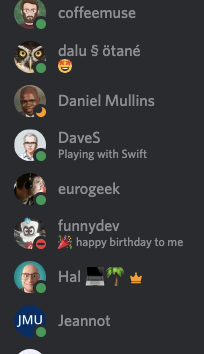 i use same name on discord and here
i use same icon on this forum and TOF says i’m named dalu :

Only for you to notice: here we can discuss, also you. Not like TOF. There people get banned. But also here are rules. One of them is: no racism. And so we are at the next point: I do not know that guy and I am definitely not at his site. That is NO question. And yes, you can say what you want but you have to live with the fact that we will answer and react.

dude wtf ?
SA Daniel is in the discord user list, you’re all dicord noobs i can tell, the only discord i know with only one channel

dude? I guess we all do not want to be titled as “dude”.

No idea BUT do NOT be confused
INN, the forum is NOT run by the same people who operate the Discord

Its their decision to ban or what not there

yes well same brand, on marketing point of view, same responsability.
but honestly i don’t care, it’s funny tho, as a general rule, that people who mostly criticize - passive-agressive behaviour, don’t like to be responded the way they communicate.

You have to excuse this person, unfortunately it is a disease and difficult to treat. Never mind, time to move on. 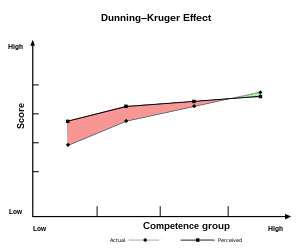 The Dunning–Kruger effect is a cognitive bias whereby people with low ability, expertise, or experience regarding a certain type of a task or area of knowledge tend to overestimate their ability or knowledge. Some researchers also include in their definition the opposite effect for high performers: their tendency to underestimate their skills. The Dunning–Kruger effect is usually measured by comparing self-assessment with objective performance. For example, the participants in a study may be ...