Who thinks Xojo:CONNECT (dumb name btw) will be cancelled? The timing is unfortunate. As a physician (not infectious diseases - a radiologist) I am reluctant to fly long haul at the moment.

I wouldn’t want to spend 8 hours in an enclosed space with a large number of disease vectors.

I’m a little concerned about my own health (even though I think I’m a healthy 30-something male) but I’m more concerned about passing it on to the many older adults in my close family who may well not fare so well. A 1 in 7 death rate for the over 70s is terrifying.

Seems that several big conferences and events have been cancelled out of an abundance of caution.
SXSW for instance. Pretty much every governmental health agency is advising travellers to, on rturn, to self quarantine (including the NHS)
However, neither the UK nor the USA are considered high risk so I doubt Connect will be cancelled.
Be cautious. Take some lysol or clorox wipes and wipe down the arm rests & screens and other touch surfaces when you board.

Domestic flights are supposed to be fairly safe, at this point. Will have to see how that changes closer to the conference. Also, those coming from other countries usually have to take a domestic flight to Nashville (not many will be direct international flights into Nashville). So you could wind up on a flight with travellers from more heavily infected areas. It would be great if they could screen/test people for the virus at the airport and not allow them to board if infected. But that’s probably not very feasible.

I’ll be driving to the conference, if it goes on, so I don’t have the flight problem. But then we’ll all be gathered in groups for extended periods, and it’s difficult to assess how risky that could be, as the experts still aren’t completely sure how it is transmitted, and at what stage it is transmittable. Right now they think it is mostly only transmitted when an infected person is sick (fever, cough), but they haven’t ruled out transmission before symptoms manifest.

Of course, we hope that anyone exhibiting any symptoms will stay away, and any that develop symptoms while there will leave. But there’s no guarantee. I can easily self-quarantine after returning home to determine if I picked it up, but not sure if everyone else who attends can or will do that. The responsibility of conference/gathering leaders is not only to keep their attendees from becoming infected, but also to prevent infections from returning to individual communities and thus increasing the global spread.

People are certainly spooked where I live. For example, I have a routine appointment at the optician’s tomorrow morning and just had a phone call from them asking me 20 questions about my travel history, do I have symptoms, etc. Similarly, when I took my daughter to her ballet lesson yesterday, the teacher was wearing disposable gloves whilst taking money off the parents at the door for protection.

One of the prominent politicians in the UK has just been diagnosed with the virus. Apparently she started showing symptoms the day she went to a meeting / dinner at 10 Downing Street last Thursday before she started self-isolating. We may well see several of the UK politicians come down with it over the next week or so. That will be interesting…

The spread seems to be far more rapid and broad than certain governments are reporting. And testing remains seriously low in some countries. That leads to a lack of a proper response to what is turning into a global health emergency.

Be cautious. Avoiding large gatherings is effective at slowing the spread of any infection like flu or this one. Washing your hands properly and not touching your face is as well. Following the recommendations of the WHO, CDC, NHS, PHA, or other public health agency is prudent (Avoid listening to some governmental spokes people as some are simply spreading misinformation)

I hope none if the Xojo engineers get sick. They really don’t need any more problems.

The CDC has not, as yet, recommended limiting travel within the USA 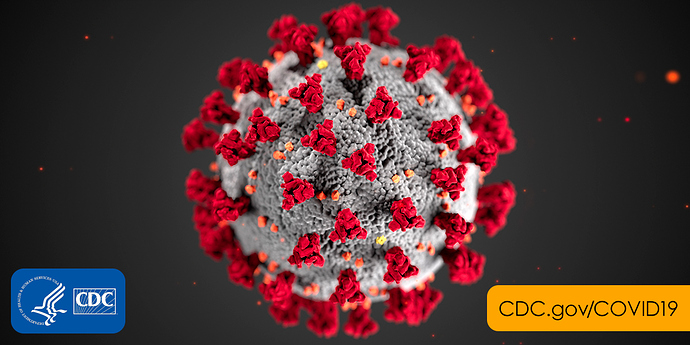 Coronavirus disease 2019 (COVID-19) is a virus (more specifically, a coronavirus) identified as the cause of an outbreak of respiratory illness first detected in Wuhan, China.


The do recommend avoiding travel to countries that are high risk (China, Iran, Italy etc)
Their advice is evolving as the situation evolves

Xojo engineers work from home so there should be a low risk to them. They are mostly ‘self quarantined’ already

Attending the conference does run the risk of any/all attendees being exposed IF someone in that hotel is infected. Thats the biggest risk.

One of the most worrying features of this virus is not only it’s high mortality in the elderly but it’s seemingly random ability to trigger a horrid viral pneumonia / hyper-immune response in the lungs called ARDS. This is treatable with supportive care but can deteriorate to require ventilator support. What isn’t being published (but I’ve heard through colleagues) is that up to 5-10% of people can wind up with this, even if they’re normally well. That’s something that flu doesn’t do and it’s very worrying. Particularly if the number of cases gets out of hand and overwhelms the capacity of a country’s intensive care units.

That’s something that flu doesn’t do and it’s very worrying. Particularly if the number of cases gets out of hand and overwhelms the capacity of a country’s intensive care units.

This is where deferring/delaying/cancelling large gatherings plays a role
Its not a cure but can slow the rate of spread to allow the health care systems time to adapt & respond
I just posted a study about the differences that occurred in the 1918/19 pandemic and how a 14 day delay in philadelphia lead to higher mortality rates than a comparable city (st louis) at the time
The graph is telling https://www.pnas.org/content/104/18/7582.full

So far I’ve been reasonably happy with the UK government’s response - it feels measured and is being explained as trying to act on best evidence. Shutting down a country for a few weeks without good evidence is likely to be just as bad. It may reduce infection rates but many have serious impact economically - for instance on small businesses, etc.

That study was very informative. Glad I hunted it down after having seen it mentioned on one of the nightly news shows I watch.
A lot of governments, not all, are trying to deal with this in a responsible way and are treating it as the health problem it is - and are doing so in ways that hopefully will be effective.
Those that are treating it like a political problem seem to be faring the worst as they try to suppress information and getting good advice to their citizens to limit the political damage
Financial effects are bound to happen as people are told to not gather for big events (SXSW for instance will be a huge hit to Austin, Coachella etc)
But its the responsible thing to do to limit transmission rates where possible

Ignore Trump and those spreading misinformation
Following the advice of WHO, CDC, NHS, PHS etc

. At least for some. 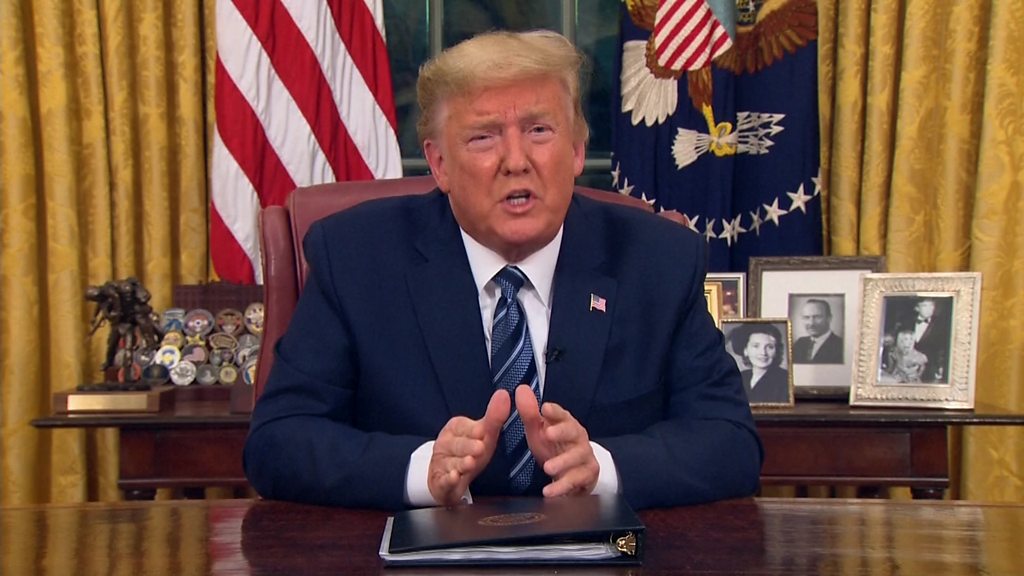 Trump halts travel from Europe to US

Flights from 26 countries, not including the UK, will be suspended amid the coronavirus outbreak.

Christian already cancel his trip to NYC and Nashville

“A few days ago, I made the difficult decision to cancel XOJO.CONNECT.”

“Instead, we will be making those available via Youtube in the coming weeks.”

note he also announces next years conference is in London, England on April 21-23 2021

London? Yeah baby!! My back yard.